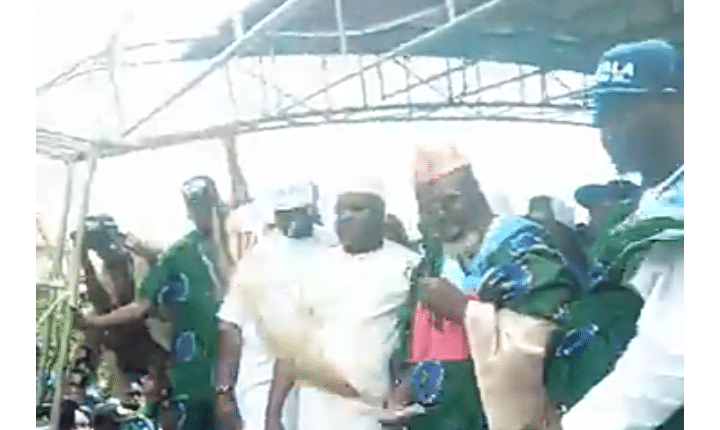 The Oke-ogun born politician while speaking at the Oyo State All Progressives Congress (APC) Secretariat, Oke-Ado, Ibadan, Made the blunder when he was handed the mic to declare his support as a Chieftain of the Party, He was expected to say something in support of the Party or the candidate declaring it’s Ambition but rather it took another dimension entirely.

The former minister in an unusual manner was quoted for saying “For those who have faith and believe in God, Will accept the fact that, this time around is the time of Seyi Makinde”. “Seyi Lokan”

Adebayo Shittu’s blunder has since raise many eyebrows, as to if he intentionally said it to chide Sen Teslim Folarin or it was truly an erroneous blunder from the former minister.

Party Faithfuls have since took to their Social Media handles to express their feelings about the comments of the former minister.

While some believe it’s a mistake though a costly one, others believe Adebayo Shittu intentional did that to spoil the show.

WATCH THE VIDEO BELOW

Oyo PDP : Makinde And The Departure of Political Deadweights