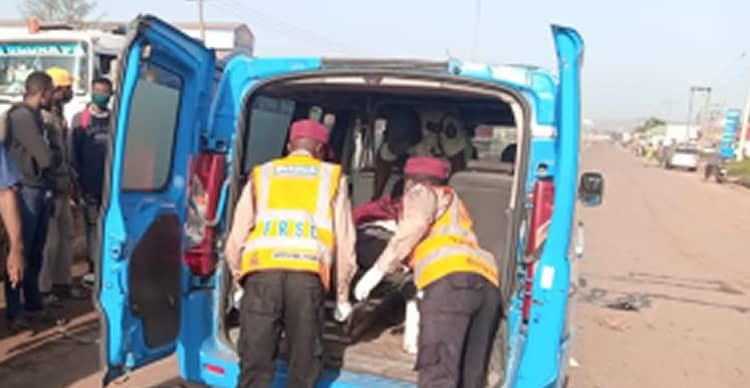 An accident involving a Mazda car and a tanker has claimed four lives around Oniworo turning in Fidiwo, along the Lagos-Ibadan Expressway on Tuesday.

The auto crash was said to have occurred around 10.55 a.m.

In a statement made available to news men, the FRSC Public Officer for Ogun State Command, Florence Okpe disclosed that a total of 16 persons were involved in the accident.

According to the Federal Road Safety Corps Spokesperson, the accident occurred as a result of excessive speed and loss of control.

He added that the injured victims were taken to Victory Hospital, Ogere and Idera Hospital, Sagamu while the remains of the dead were deposited at FOS Ipara.

JUST IN: Many Feared Dead In Lagos-Ibadan Road Crash