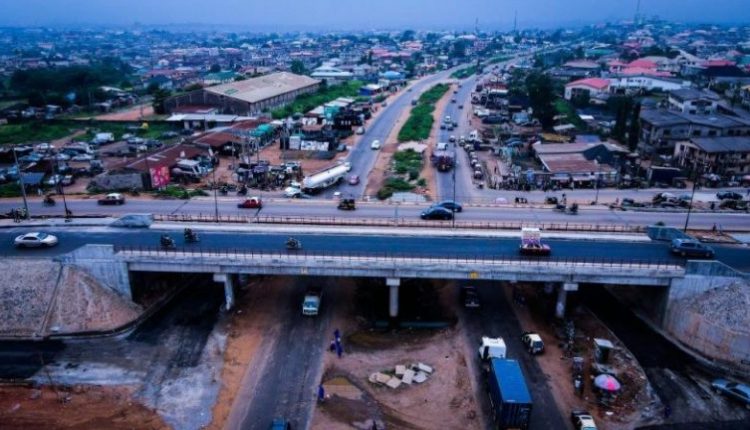 The Oyo State Government has given the people that have turned the slip roads of the newly constructed General Gas-Akobo Bridge into business premises 24 hours ultimatum to move away from the areas or face the wrath of the law.

The ultimatum was given by the Commissioner, Ministry of Public Works and Transport, Professor Dahud Kehinde Sangodoyin on Wednesday evening, while answering questions from the newsmen shortly after an inspection to the area and the ultimatum will lapse on Thursday.

Professor Sangodoyin said, “The inspection conducted today was to be able to see that the slip road around the bridge is not converted to unauthorized business centres, to safeguard the aesthetics of the bridge and to curtail what can be turned to insecurity in that axis.

“We found out that the motor mechanics and local hawkers are now doing their businesses close to where we have stone pitching by the other side on the way from Akobo to the express, we have warned them before but some of them still refused to heed our warning, so, we have to physically get there, and we have given them 24 hours to clear off whatever they are doing there because they are not authorized.

“It is not meant for open business or neighborhood market, it is just aesthetic for the road, to protect the road itself and also to guide against insecurity around the axis, So, we have read them a ‘Riot Act’ to say before the end of tomorrow (Thursday), they must have left the place and I have called the contractor to remove the slab constructed to have access to the area.

“Then we are going to construct wire mesh which will allow everyone to see through, we can then plant flowers there so that people that come to Ibadan will know that we are sensitive to the environment, I have also called the head of the Park Management System (PMS) of the area to regulate the activities of the motorists along that axis,” Sangodoyin hinted.

Oyo 2023: Tinubu Is Unaware Of Adelabu’s Defection To Accord •Folarin Is Asiwaju’s Preferred Candidate — Kekemeke