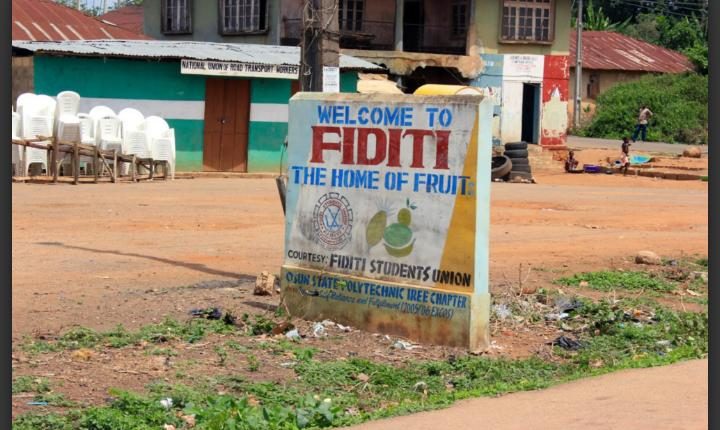 A group of young people in Fiditi community of Afijio Local Government Area of Oyo State has called on the State governor, Engr. Seyi Makinde and other Stakeholders of the town to bring heads together and Install a new traditional ruler so as to fast track the development of the town.

The youth chairman, My Ayodele Azeez, who led the peaceful rally lamented the deplorable condition of the town after the demise of Oba Amos Ogunkunle, who reigned between 1991 and 2008.

The Youth leader also appealed to Alaafin of Oyo, Oba Lamidi Adeyemi, the authorities of Afijio Local Government Area headed by Honourable Gbenga Okeneye and other relevant stakeholders on the need to have a traditional ruler like other communities, the youth said the town had been without any touch of modernity.

The youths were seen carrying placards with inscriptions such as ‘Let peace reign, let development come’. ‘We need a monarch’, ‘all we need is a traditional ruler.’ ‘No king, no story,’ among others beckoned on the State government to call on stakeholders in Omodeni and Asun ruling houses to stop delaying the Installation process.

Addressing the protesters at his residence, the Eekerin of Fiditi, Chief John Oladiran Adegbola, urged them (youth) to be peaceful in their demand, adding that they should count him as one of their staunch supporters.

“I have been trying my best to ensure that we have a new traditional ruler. There are two ruling houses in the town. All religious and opinion leaders as well as other stakeholders have appealed to them to settle any problem between them amicably so as to give room for development.

“I am appealing to you all to remain calm. Do not foment trouble but be peaceful,” he said.

Criminals Have Carted Away Arms, Ammunitions From Our Stations — Oyo Police Commissioner