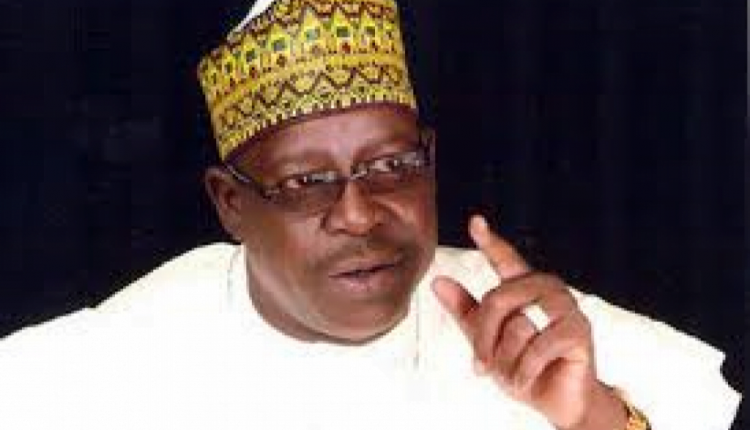 Chairman of the All Progressives Congress (APC) state congress committee in Oyo State, Alhaji Gambo Lawan, has advised members who were not satisfied with last month’s congress to forward their complaints to the national secretariat of the party.

Lawan made this disclosure while speaking with journalists on Saturday.

AKEDEOYO.COM recalls that the party had on Saturday, October 30 held its state congress.

However, some members of the party who were not happy with the outcome of the congress, insisted that they have been shortchanged.

Some of the aggrieved members, among whom are Chief Niyi Akintola, had alleged that the national secretariat of the party in Abuja was not aware of Lawan’s activities in Ibadan.

Lawan, responding, noted that Akintola is just a paperweight politician, who is seeking undue recognition.

He alleged that Akintola is only visible when an election is coming.

He maintained that if Akintola and other aggrieved members of the party have any complaint, they should go to party headquarters in Abuja rather than spew tissues of lies in Ibadan.

“Based on the directive passed to me by an aide of Mai Buni, I left Gombe to Bauchi and Bauchi to Abuja to take a flight to Lagos, slept in Lagos on Thursday and on Friday morning, I left Lagos straight to Akala’s house, where they all agreed to meet for the reconciliation and harmonization meeting.

“But to my surprise, I didn’t meet Oke at the agreed venue, which is Akala’s house and I have to call him, he said he was coming until I got information that he was at the party secretariat holding another meeting.

“When I got to Akala’s house, I met up to 90% of stakeholders that we have been holding meetings with, and according to a directive from Abuja, I attended the meeting as an observer and my report would be submitted to the CECPC in Abuja.

“To my surprise, Niyi Akintola who was not at Abuja meeting nor Ibadan meeting was lying to people that our presence in Ibadan was not knowing to party leadership.

“This is my 43 years experience in politics, Akintola who is a liar has no moral right to question my integrity, let him go to party headquarters in Abuja to complain, who knows him, he is a paperweight and only feasible when the election is coming. I want to bold to say that, we have come, we have seen, we have conquered and we have left,” he said.