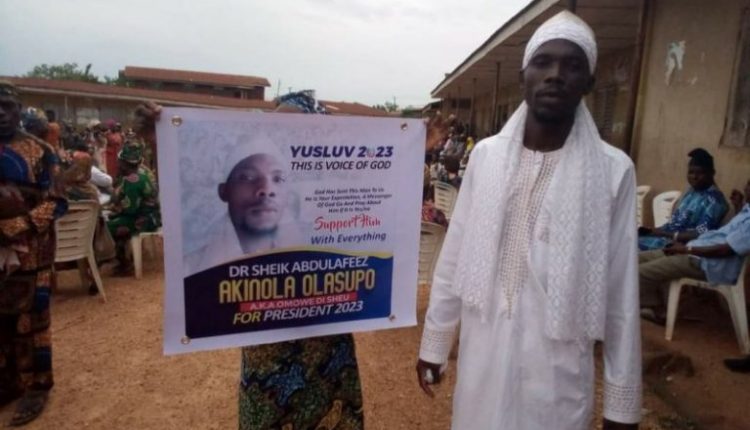 God Asked Me to Contest — 40-Year-Old Ibadan Cleric Joins Tinubu, Osinbajo, Others Declares Intention to Contest for Presidency Under APC

A 40-year-old Ibadan-based Muslim cleric, Olasupo Afeez Akinola has declared his intention to contest the 2023 presidential election on the platform of the All Progressives Congress (APC).

Declaring his intentions in Ibadan on Monday, Olasupo claimed that God directed him to contest.

He added that Nigerians are in abject poverty, necessitating the emergence of a god-fearing leader.

2022 RAMADAN LECTURE: Makinde Donates Bus To Guest Lecturer, Give Hajj Slots To Others