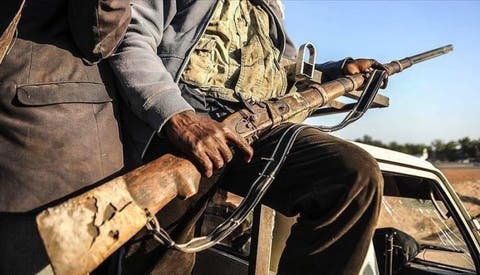 Gunmen have kidnapped the three-year-old son of an Oyo based lawyer, Mr. Aderemi Adebiyi,

In a post by the distressed father, he stated that the bandits struck last night at their Bode Thomas Estate, Offametta, Oyo, Oyo State residence, shot his brother and whisked away his child.

His words: “The insecurity situation in this country is not limited to any region, my house was attacked today by some Fulani men around midnight, and my younger brother was shot in the process and he’s currently receiving treatment. My 3-year-old boy has also been kidnapped and we are praying for his safe return.”

According to Adebiyi, “I’ve also been reliably informed that one of my neighbours was equally kidnapped,” adding: “Please pray for us. It seems our estate is now their target. It’s on record that this is the second time we are experiencing this sort of incident.”

Adebiyi told a legal news source that the bandits had not made any contact with him, adding: “But they’ve contacted my neighbour’s relative demanding for 100 million (naira).”

There has been heightened insecurity in the country, even as President Muhammadu Buhari recently held a series of meetings with his security chiefs towards containing the menace