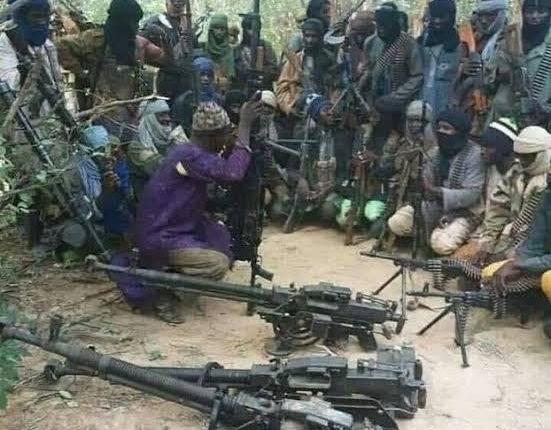 No fewer than fifty-two residents of Oyo State have been kidnapped in the last two months, AKÉDE Ọ̀YỌ́ reliably gathered.

The victims were kidnapped at different locations in major towns such as Ibadan, Eruwa, Igboora and Ogbomoso between March 15th and May 15th 2021, investigations reveal.

AKÉDE Ọ̀YỌ́ had earlier reported how no fewer than fifteen people were abducted between March and April this year.

Though some of the abducted victims had been released, they only gained their freedom after millions of naira have been paid as ransom.

While residents claim so many persons have gone through the kidnap ordeal within the period under review, our investigations confirmed that only fifty-two cases were officially recorded.

Among those kidnapped in the state in the last two months include quarry workers, farmers, commuters, female soldier, bankers, factory workers, hotelier and cattle breeders.

Others include two bankers, a palm wine tapper and a resident.

AKÉDE Ọ̀YỌ́ had reported the kidnap of four people along the Ijebu-Ode/ Ibadan Road on Monday 15th March and the kidnap of bank staff and two others from a quarry site.

There was also the report of the kidnap of a security guard from a farm in Fiditi, AFIJIO local government area on 17th March, one person was also killed during that invasion.

One person was also killed during the invasion of the farm.

Three farmers, a couple and another person were also kidnapped at Sanyo and Soka area in Oluyole local government area.

Recall that the couple was abducted inside their farm at Alabameji Village while the other farmer was snatched from Soka in Ibadan.

Four people among whom are three workers of a Quarry site and another resident were also kidnapped on the 6th of April, 2021.

The four people were later released after some millions of naira was paid as ransom.

In another incident, three women among whom was a female soldier were kidnapped on Monday, 12th April at Onipe village, along the Ijebu-Ode/ Ibadan Road in Oluyole local government area.

The victims were identified as Mrs Okeowo, Mrs Abosede Adebayo and Mrs Bola Ogunrinde. Mrs Ogunrinde who is said to be a soldier was kidnapped while driving a Toyota RAV-4, with registration number AGL 66 FY.

Gunmen also kidnapped seven persons from Ibarapa on the 21st of April.

A day after that abduction, an 18 seater commercial bus was hijacked along the Igboora/ Eruwa Road and all the passengers, including the driver matched into the forest.

A family member of one of the kidnapped victims had told AKÉDE Ọ̀YỌ́ that the gunmen demanded ten million naira for the release of each of the victims.

In another incident, gunmen who disguised as lodgers on Saturday 24th April stormed Ajaawa, a town in Ogbomoso geo-political zone and kidnapped nine people (9).

Among those who were kidnapped at Agbo Hotel included the proprietor of the hotel, Mr. Oyedokun Oyeniyi, his wife, Busayo Oyeniyi and seven other people.

AKÉDE Ọ̀YỌ́ recalls that the nine people were released three days after they were kidnapped.

They were released after an undisclosed amount of money was paid as ransom.

Three ranchers were also kidnapped at Idi Ope, near Igangan, in Ibarapa North Local Government Area of the state on Sunday, 2nd May.

The trio, identified as Kabiru Oladimeji, Kazeem and Soka were said to have been on their way to visit their ranch manager when their abductors laid ambush and whisked them away.

AKÉDE Ọ̀YỌ́ recalls that the three ranchers were later released on Monday, 3rd May 2021 after a sum of six million naira was paid.

Following the incidents, the Police in Oyo State arrested some suspects in connection with the various cases of kidnapping.

The Commissioner of Police, Ngozi Onadeko while parading some of the suspected kidnappers on April 22nd, said the arrested members of a syndicate were responsible for all abductions along Ayete, Iganga, Lanlate, Eruwa, Igboora and Tapa.

Onadeko said, “An armed robbery, kidnapping syndicate responsible for strings of Robbery and kidnapping along Ayete, Igangan, Lanlate, Eruwa, Igboora, Tapa and environ have been apprehended.

“The trio confessed to being involved in the crime and their confessional statement is helping to immediately arrest other syndicate members still at large.

Onadeko added that one Abubakar Rico has also been arrested in connection with the kidnapping cases in Igboora.

“On 19/04/2021, at about 1100hrs One Jamiu Rasaq ‘m’ age 41yrs of Ajagba Compound Idere was kidnapped at Ojamgbe village farm settlement by four armed men.

”The victim was later rescued three days after his abduction by Police operatives due to ceaseless search and intelligence-led Policing with support from local vigilantes and hunters in combing the bush. Abubakar Rico, ‘m’ Age 25yrs, one of the two kidnap suspects was spotted and apprehended today 22/04/2021 after approaching Abola village via Idere in Igboora to purchase food supplies for his cohorts. Investigations are still ongoing to arrest others still at large.