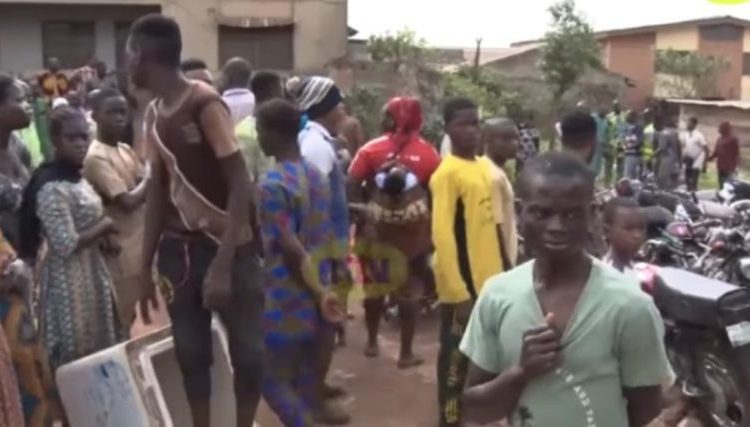 Violence broke out in the early hours of today in the Iyana Church area of Ibadan, after a landlord was allegedly killed by Hausa motorcyclists, residing in his house.

The deceased who was referred to as Baba Bayo was said to have stepped out of his house at about 6 am to sweep his compound when the incident happened.

Lamidi Salau, the Baale of the community who spoke with our correspondent, however, said that Baba Bayo had at some point warned the motorcyclists, to stop parking their motorcycles in his compound but they refused.

“Baba stepped out of his house at about 6 am today to sweep his compound as usual. There had been an altercation before now because baba warned the Hausa motorcyclists to stop parking their motorcycles in his compound, but they refused. I wouldn’t know if that was what led to this incident because no one witnessed it when it happened. It seems when Baba was sweeping, one of the Hausa men accused him of throwing dirt at him, I think that was the genesis of what happened”, he said.

Meanwhile, as at the time of filing in this report, the Hausa motorcyclists were said to have escaped, leaving their motorcycles behind.

Reclaim Our Forests from Criminals, Exploiters – FAN Appeal To Buhari