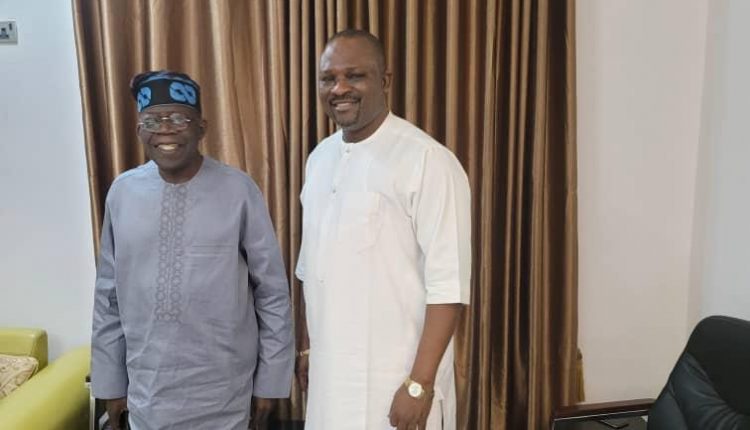 I join millions of party faithfuls and well wishers across the world to congratulate our National Leader, Asiwaju Bola Ahmed Tinubu (Jagaban of the Universe) on his victory at the presidential primaries of our great party, the All Progressives Congress (APC).

Asiwaju remains a leading leader of leaders, and his victory at the presidential primaries of our party is a clear evidence of his decades of impactful political leadership in the lives of many people, one which cut across ethnic and religious borders.

For an iconic nationalist like him, his acceptability by co-aspirants who stepped down their ambitions, as well as majority of party delegates across the nation wasn’t difficult to come by, as Asiwaju Bola Ahmed Tinubu is a figure which represents the interest of the Nigerian people.

I am overjoyed that our great party, the All Progressives Congress (APC) has once again demonstrated uniqueness, setting enviable precedent of justice and equity with this presidential primaries, as we remain a political party which shows other parties where to tread.

As we now work towards the 2023 general elections, I am more than confident that this presidential candidacy of Asiwaju Bola Ahmed Tinubu is set to greatly boost the chances of our party, and give us comprehensive victory across board.

2023: What Atiku Discussed With Makinde, Other PDP Governors