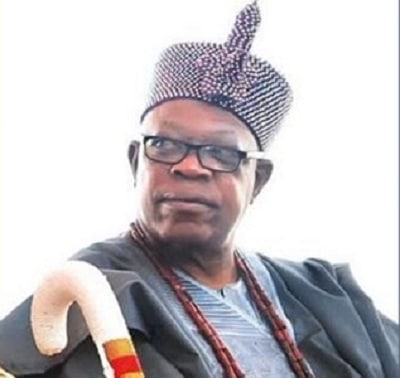 HOODLUMS and supporters of prospective mogajis and baales in Ibadan disrupted the installation ceremony billed for the palace of the Olubadan of Ibadanland, Oba Lekan Balogun, at Aliiwo, on Monday.

Speaking on the invasion of the palace, which caused forceful suspension of the programme, the Olubadan expressed disappointment and condemned the act.

It was alleged that some of the prospective new chiefs had brought some miscreants to the venue of the installation, ostensibly to cause disruption.

Oba Balogun, in a statement signed on his behalf by his personal assistant (media), Oladele Ogunsola, expressed disappointment at the unruly behaviour of the supporters of the prospective chiefs.

Out of the 10 chiefs slated for installation on Monday, only three were able to be successfully installed.

According to Olubadan, “it was a sad scene, seeing miscreants storming the palace and throwing decorum to the wind in abeyance of the exalted and majestic positions of members of the council”.

He empathised with other chiefs who had no contentious issue but whose installation could not be performed due to the disruption caused by the miscreants, while assuring them that what happened was a mere delay and not denial.

Oba Balogun equally charged every family presenting candidate for the positions of baales and mogajis to do their home work properly to avoid a repeat of Monday’s incident.