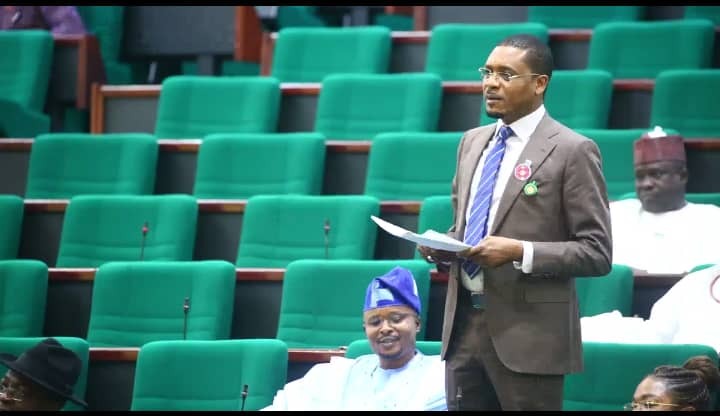 In response to the recent killings of 5 innocent Iseyin citizens by Officers of the Nigeria Customs Services, the Federal House of Representatives has moved to adopt a motion moved by a member representing the Iseyin/Itesiwaju/Iwajowa/Kajola Federal Constituency in Oyo State; Hon. Shina Peller, calling for an investigation into the killings.

Hon. Peller argued that the act of men of the Nigeria Customs Service showed total negligence, abuse of authority, gross misconduct, and disregard for human lives, and such unprofessional acts should be investigated urgently and dealt with to serve as a deterrent to others.

He condemned the unethical approach by men of the NCS saying that the NCS has no jurisdiction of chasing supposed smugglers beyond 40Km of land borders.

“If the officers had been properly trained and were efficient enough to carry out their duty at the borders, there would be no need chasing people around town; there would not have been any need for them to start shooting sporadically in the town which sadly led to the death of innocent indigenes,” he said.

“Bags of rice, which they were chasing, can never equal human lives that have been lost,” he concluded.

“(i) The House mandates the committee on Customs to investigate the incident and report back to the House within two weeks for further legislative action.”

“(ii) Urges the Federal Government to review the rules of engagement of the Nigerian Customs Service as it relates to arms usage.”

“(iii) Invites the Comptroller- General of Customs to liaise with the Committee on Customs to ensure compensation for the affected families, prosecute the erring officers and make sure of adherence to the rule of customs officers not exceeding 40km from the borders.”

The motion was referred to the House Committee on Customs for further legislative action.