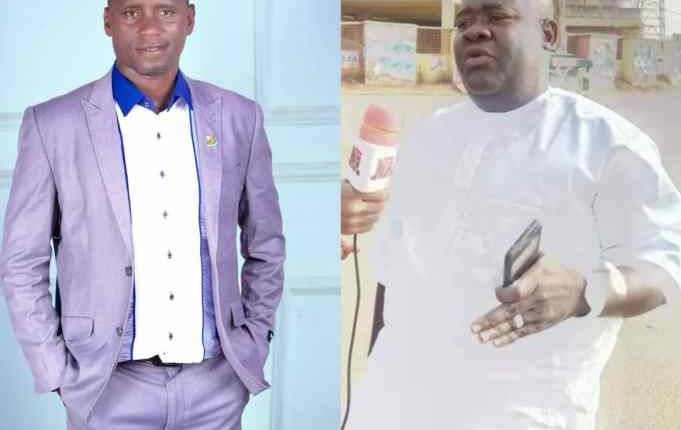 Ahead of May 12 slated for the primary election of the People’s Democratic Party, PDP, for Atisbo, Saki East, Saki West federal constituency, Barrister Sharafadeen Onijo has emerged as the candidate of the party for the 2023 general election.

This newspaper gathered that Onijo’s emergence was as a result of a meeting between a former Secretary to the State Government and one of the leaders of the African Democratic Congress, ADC, Chief Micheal Koleosho and Governor Seyi Makinde last week.

At the meeting, Governor Seyi Makinde handed over the form of Atisbo, Saki East, Saki West federal constituency to Koleosho with the mandate that he should give it to whoever agreed to by him, as the best candidate for the constituency.

Among the six aspirants in the constituency, Onijo and Adamawa are the two leading aspirants.

It was gathered that Chief Koleosho, after consultation gave the form to Barrister Sharafadeen Onijo which automatically makes him the candidate of the party.

Sources privy to the meeting confirmed the development to this newspaper. A source who doesn’t want his name in print said the decision of the Governor was because of the intervention and interest of Koleosho after the initial consensus agreement failed in the federal constituency just like in some other constituencies.

He added that the Governor gave Koleosho the mandate to produce the candidate for the party in his federal constituency.

His words: “Yes, the candidate issue has been settled with the intervention of Baba Koleosho. His excellency, Govenor Seyi Makinde handed over the form for Atisbo, Saki East, Saki West Federal constituency to him to decide who will be the candidate in 2023.

“Baba Koleosho contacted some stakeholders of the party in the constituency and the form was given to Barrister Sharafadeen Onijo as the candidate for his Constituency. I can confirm to you that there’s no more primary election.”

However, this newspaper gathered that Mr Lukman Adisa also known as Adamawa has obtained form against the directive of the Governor and stakeholders of the party in the constituency.