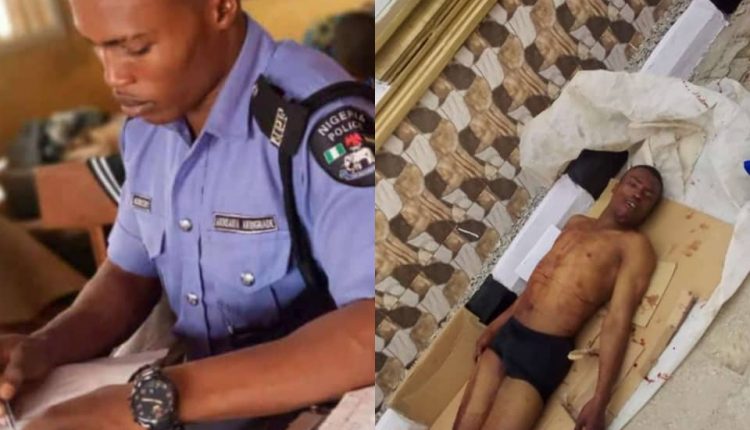 A communal clash which broke out between Ileogbo and Iwo town in Osun state have claimed a life of a young police officer Akinsanya Akingbade, attached to the palace of the Olu of Ile-ogbo, Oba Abeeb Adetoyese.

According to Police report, the officer was ‘negligently’ shot with a locally made pistol in the chest by one Waheed Adekeye of Baale Adeleye compound, Ileogbo.

The victim, was said to have given up the ghost while he was being taken to the Osun State University Teaching Hospital UNIOSUNTH, Osogbo.

Police spokesperson in Osun, Yemisi Opalola said the corpse of the slain police officer has been deposited in the hospital’s morgue for post mortem examination.

The Police said the weapon had been recovered from the suspect who is a local vigilante and a palace guard on duty with the deceased.

The Police added that the suspect has been arrested for further interrogation.