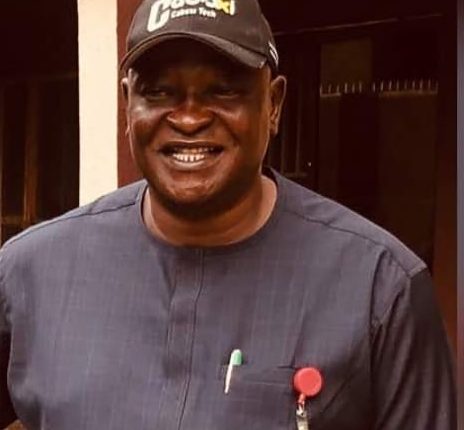 The Special Adviser on Legislative Matters, Honourable Adejumobi Samuel Ademola popularly known as ‘Agbarapo’ has revealed that Seyi Makinde once terminated a contract already won by a contractor for offering the Governor bribe of about 100 million naira. Sunrisebulletin reports.

The Governor’s aide who described Seyi Makinde as an uncompromising and intolerant person as far as fight against corruption is concerned under his government maintained that there is no amount of political blackmail by politicians that would make Makinde compromise on his integrity and bend his standard to suit his critics.

“Let me say this, and it is one the reasons I cherish Seyi Makinde so much, i won’t mention the name of the company. They presented documents to Seyi Makinde and offered him bribe after winning a bid for a contract.

“They actually came first in the bidding but because they offered Makinde bribe upfront, he rejected their documents and gave the project to the company that came second. He said why are you offering me money when you know your company is competent? And since then I learnt that self discipline from him.

“During the early period of this Government, he (Makinde) sacked some people and i went to him and said sir, oga, why? Then he said to me, you’re my friend, you have to be very careful if you really want to work with me because I don’t want that will destroy this government after all, that was what you’re clamouring for.

“I said people are already shivering after the sack sir and he said tell them this is what i want. I said what do you want sir, he said you will get your salaries and other benefits due to you as and when due, I don’t want any kind of embezzlement of government money in my administration.

“If you as my friend tries that i will hand over you to the anti corruption agency. if somebody at the beginning of his administration had established his own state anti corruption agency then you already know he means serious business and I want to thank God for the support he has continued to give me and my other colleagues in the cabinet.” Agbarapo stated.

The former Majority Leader of the 5th Oyo state House of Assembly also explained that the Makinde led government has been able to achieve all the successes within a short time because of what he called ‘Makinde’s prudence and financial discipline’ adding that only politicians who were used to the era of financial impunity and reckless spending of public funds, and could not cope with what he called the ‘new sheriff in town’ had parted ways with him.

Speaking with Sunrisebulletin in his office last week where he was decorated with the Integrity Stewardship Award by the Centre For Peace and Self Value Reorientation, Agbarapo who likened Makinde’s economic management skills to late chief Obafemi Awolowo commended other political appointees in the present cabinet for keying into the Governor’s economic agenda and Oyo state developmental plan.

While speaking on Makinde’s massive infrastructural development of Oke-ogun zone which according to Agbarapo has opened up the zone also described as food basket of the state to not only Oyo state but also neighboring states in terms of agricultural revolution and food security boasting that even a governor from the zone could not do better for the people of the zone than Governor Makinde.

He said, “Go to Oyo now, you see that Odo-ogun bridge, I don’t think any unserious governor can face that work but Makinde is doing it already since all these years.

“I am from Oke-ogun, even if we have a governor from Oke-ogun he can not do better than what Governor Makinde is doing for us you can quote me anywhere. And we are ready to reciprocate come 2023.

“Makinde actually started development of the state from Oke-ogun. From Moniya here to Iseyin about 67kms, Saki township dual road that has already been commissioned, then from Saki to to Ogbooro up to Igboho is an ongoing project in a very standard form.”

How One of Igboho’s Boys, Kokoro Allegedly Killed in Soka Area By PMS Boys (PHOTO, VIDEO)

Parents Barred From Attending, As UI Set To Matriculates Over 3,000 Students on Tuesday