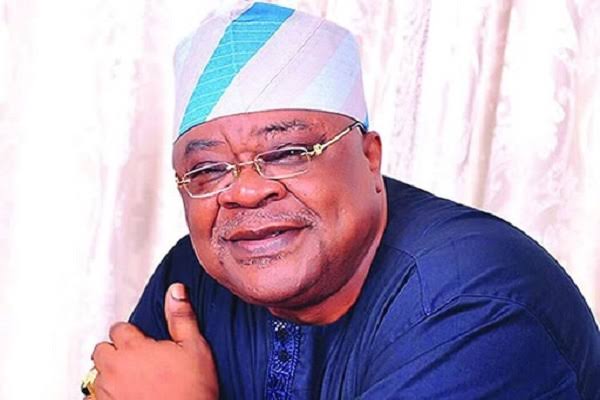 How I became the Governor of Oyo State—Chief Alao Akala

Former Governor of Oyo State, Chief Adebayo Alao Akala has attributed his ascendancy to the position of the Governor of the State as the product of Grace, as he never expected that fortune could smile at him at the hopeless time of his life.

Alao-Akala, who succeeded Ladoja in 2007 after serving as Deputy Governor and Acting Governor when Ladoja was impeached, disclosed this at the launching of this autobiography titled ‘Amazing Grace’ in Ibadan on Thursday.

He remarked that he product of grace penciled in the hands of the creator who drew the picture of whom he became.

He pointed out the title of his autobiography was not a happenstance but an audacity of providence to bring him out of the dungeon of a hopeless tomorrow into the fulfillment of a destiny.

Alao-Akala said: “I call this history-making, not strictly for any other reason but for the fulfillment of my long anticipated desire to codify how the tragic death of my father in a road accident in 1952 single-handedly threatened to swamp my dream of getting to the cusp of my life aspirations but how providence miraculously found for me a path to the top.

“How I became governor of Oyo State is also documented which serves as a reminder to those who may be prone to being quickly swept off by the amnesia of history that God used me and my team of dependable colleagues at that period in time to change the lives of the people in the state.”