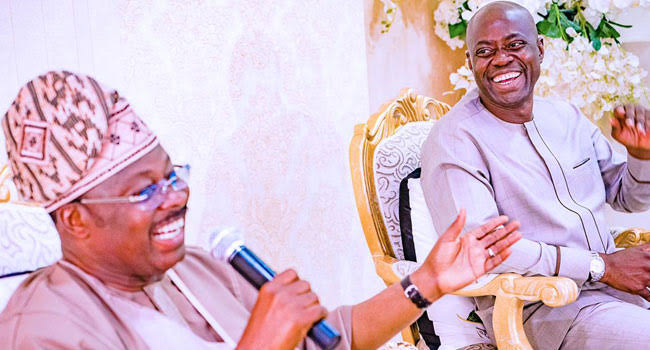 Seyi Makinde, governor of Oyo State, has revealed that the administration of late former governor Abiola Ajimobi diverted about N7 billion out of the Paris fund received by the state.

Makinde, who made this claim during an interview with Splash FM’s Edmund Obilo, stated that the money was diverted through the Oyo State Road Maintenance Agency.

“Take for example. When we came in I was looking at how they spent some money. I believe it was the Paris refund. They moved about 7-8 billion to OYSROMA. This is an agency that normally operates on a budget of 40-45 million every month,” Makinde said.

“But this money came in late 2017 and by the time we came in they had finished spending the money within a year on nothing. They stole the money. I know those that stole it.

“There is a company called Chinese Global. They said they are Chinese but we know who they are.”

The governor explained further that when he engaged the OYSROMA boss, he revealed, after initial denials, how the money was moved to Chinese Global and two other companies.

“I wrote to EFCC. Because the company was also awarded the road project from Bembow to Apata and Ido to Eruwa. I told them that since they have Oyo State money with them, they should construct the road. They said ok. But as soon as our former governor Ajimobi passed on, they reneged on all of that.

“But I told them that as long as they have Oyo Money with them, I will get it back. They are not Chinese. They are members of the All Progressives Congress. They were in government then”