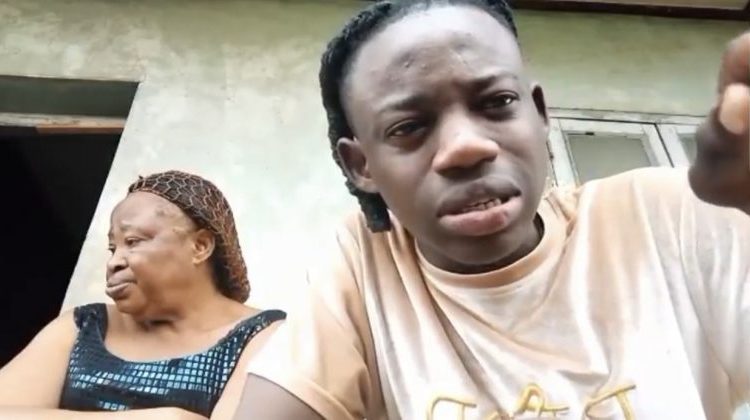 Popular Ibadan Artist, BabyJez explained his experience with the Police Officer of the Nigerian Police Force.

While recounting his ordeals with the rogue officers of the Police, BabyJez explained that, “yesterday, I was on a bike and a car blocked me which I came down after I saw four police men which I was harassed and beaten after they claimed that, I am a Yahoo boy, I’m a fraudster and all”.

“After series of harassment, they collected my phone and they saw nothing, they asked where was I going, which I told them I am going to deposit money for my grandmother, they forcefully collected the money from me, I even told them the money was meant for our house rent, but all to no avail”.

“They pushed me into their car, accusing me that I’m a criminal, they collected and formatted my phone. They took me from Apata to Iwo road”.

While describing one of the rogue police as Officer Badru Samson and his cohorts .

The Nigerian Police Force has been characterized with it’s rogue and anti human behaviour which prompted most youths to organize the End SARS protest last year and since the beginning of the year, many cases of assault, harassment and violation of human rights has been recorded