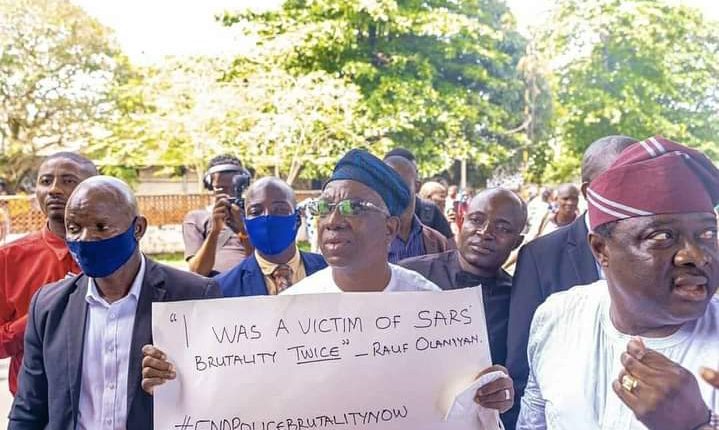 Mr.Rauf Olaniyan, the Oyo State deputy governor, has narrated his ordeals with the operatives of the default Special Anti-Robbery Squad (SARS).

The Nation quoted the Igboho-born politician as recounting that on a particular occasion, he was rushing to catch a flight, the SARS operatives had to collect all the monies he had on him (both local and foreign) and that even appeal to them to spare him some to use when he gets to his destination fell on deaf hears.

Olaniyan said: “I was a victim twice, once at Ikeja roundabout and at Ojota ramp when you want to negotiate around Ikorodu road to the express.

“Ask my driver. We were ransacked there. What only saved me was the fact that I had some money with me. I had to part with over a hundred thousand naira. It was terrible.

“That of Ikeja, they took Pounds sterlings, they took dollar notes, all the money I had because I was travelling. I was eager to go and catch my flight, they emptied me.

“I even pleaded with them that I planned to spend the foreign currencies when I get to my destination, they said people there that I was going to meet will take care of me. They were very very notorious.”

EndSARS: Sunday Dare Wrote “So Long a Letter” to Nigerian Youths, says Buhari and His administration ready for Dialogue.