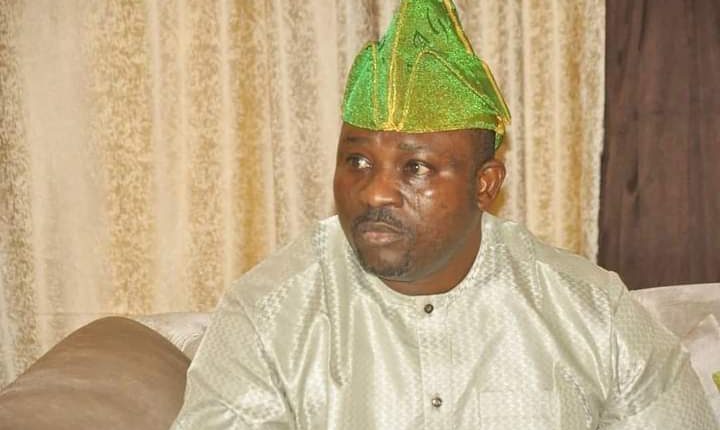 The Honorable Representing Ibadan North Federal Constituency Hon Akinremi Jagaban has pure out his mind over the brutality of the federal special anti-robbery Squad(FSARS) generally call SARS. In a release made available to Newsmen in Ibadan on Sunday, stated the many sins of this men and the need to curtail them before it’s too late.

EXTORTION, BRUTALITY, TORTURE, DEATH AND THE MANY UNBEARABLE PAINS INFLICTED BY THE FEDERAL SPECIAL ANTI-ROBBERY SQUAD (FSARS) AND OTHER UNITS OF THE NIGERIA POLICE FORCE (NPF).

Once again, Nigerians call for the disbandment of the Federal Special Anti-Robbery Squad (FSARS) unit of the Nigeria Police Force (NPF) is rife following a spate of ugly incidences recorded at various parts of our country.

This unit of the NPF tasked with prevention of robbery activities and apprehension of perpetrators of such has rather in recent years become instrument of intimidation, victimization and violence, extorting, torturing and even killing innocent Nigerians.

Young and old, male and female, the average Nigerian has a horrid story to share as far as the NPF and FSARS is concerned. It is however saddening that very little has been done by those at the top echelon of the NPF to arrest the situation even in the face of empirical evidences.

Innocent Nigerians continue to get brutalized, lose valuables and the lives of promising Youths are cut short as a result of the vile and deadly activities of FSARS and NPF officers in general, with the perpetrating officers still walking free and affected families crying for justice.

From Tiamiyu Kazeem, a professional footballer for Remo Stars to Kolade Johnson who was killed at a viewing centre, to Ogar Jumbo who was beaten to death in front of his wife and two kids, the incidences of police brutality and killings leaves trail of sadness.

Recent announcement by the Presidency and IGP restricting the movement and activities of FSARS members might calm nerves, however, what the people want is a total scrap of the unit, as these announcements from experience have proven to be cosmetic.

While I commend the IGP for taking this set of restricting decisions, I want to urge that he uses this avenue to lay a lasting legacy and write his name in the sands of time by putting in place a final policy that will see to the end of FSARS, as well as the needed revamp of the NPF, as his tenure winds down.

This is because, we have come to realize that Nigerians are now more scared of the police than the actual criminals. They do not trust nor feel safe around the police, meanwhile police is supposed to be friends of the people.

I for one will continue to speak in support of the people on the floor of the House, and through every other medium until a total revamp of the Nigeria Police Force and specifically the FSARS is achieved.

Finally, I want to indulge all Youths to not take laws into their hands irrespective of how aggrieved you might be. Remember that violence is never the answer.