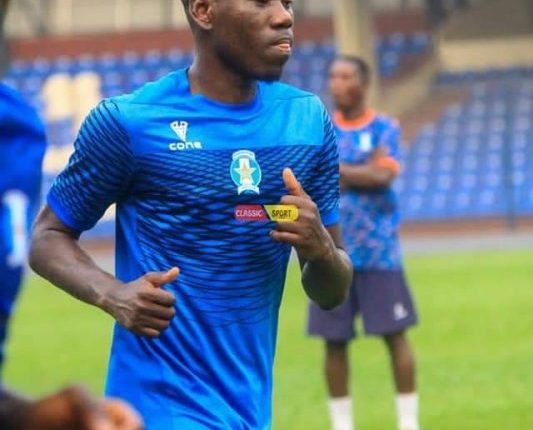 How Sunday Falaye Fires 3SC to Win Over Dakkada FC

The match which was played at the Lekan Salami Stadium, Adamasingba was a tough one as the visiting Dakkada FC tried to break through the defence of the Oluyole Warriors.

The two teams battled through the first half and were unable to breach each other’s defence.

However, in the 78th minute of the match, Shooting stars “forward”, Adepoju Tobi Samuel broke through Dakkada FC’s defence to break the tie and secured 3 points for the Oluyole Warriors.