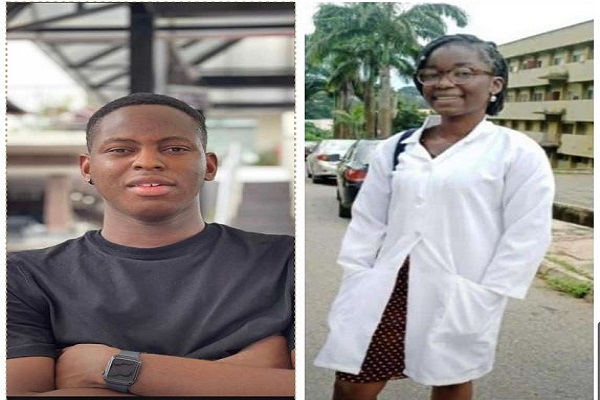 Two students of the University of Ibadan – Adegoke Adedayo and Adeyemo Oluwaseun Ayomide – died over the weekend in separate tragic encounters.

Adedayo, a final year student of the Department of History, Faculty of Arts, was allegedly shot by robbers around the Pre-Boye axis, Ibadan on Saturday.

Oluwaseun, a 200 level student of the department of Microbiology Faculty of Science, was reportedly hit by a car along Mobil Filling station, UI-Ojoo road.

Adedayo’s remains were transferred to the UCH Mortuary from Adeoyo hospital, Ring Road where it was deposited after the incident

According to the student’s union of the institution, Adedayo was said to have been shot and efforts to save his life proved abortive as he was unable to make it to the hospital.

“The Students’ Union officials were joined by the Dean and Deputy Dean, Students Affairs, University of Ibadan, Head of Department of History, Special Assistant to Gov. Seyi Makinde on student affairs, Victor Olojede, NANS JJC OYO officials, NAUS representatives and some other students leaders on campus in a visit to the Bodija Police station in the early hours of today 17th October in order to ensure proper investigation is carried out on the death of our dearly beloved.”

Efforts to save Oluwaseun proved abortive as she was rushed to the institution’s clinic.

Her remains have since been transferred to the Anatomy unit of the institution.

Students of the institution, who spoke to The Nation, expressed fears over the sudden rise in tragic events especially with death cases recorded.