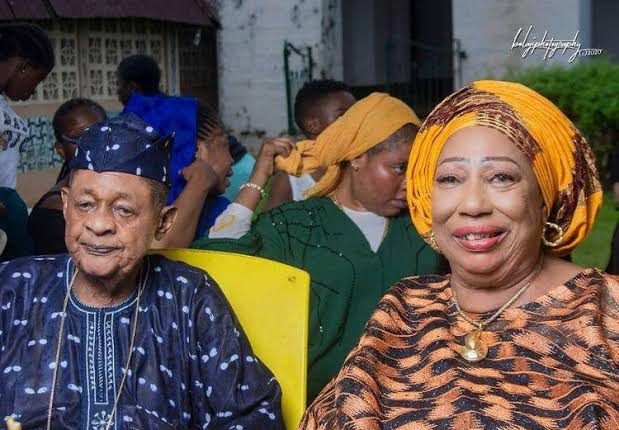 The rain, which would have disrupted the celebration of 2021 World Sango Festival in Oyo Town on Saturday was stopped midway through the intervention of the deities.

Ayaba Ramat Adeyemi, the Iya Ile-koto and one of the Ayabas of the Alaafin of Oyo, Oba Lamidi Olayiwola Adeyemi III, made this known on Saturday.

She spoke while leading other Ayabas to perform their traditional roles of “Igbatiti” at the grand finale of the festival, held at the palace of the first class traditional ruler in Yorubaland.

According to her, “Igbatiti” means the beating of calabash by the Ayabas in the palace to get the attention of Alaafin whenever they need to collect something, especially money, from him “because we women love money.

“Any time we are beating this calabash in the palace, it is mandatory for Kabiyesi to come out and meet us.

“As we are beating the calabash, we are eulogising him and singing of his praises through his ‘oriki’, which we know very well.

“So, when it was raining before the commencement of the celebration at about 1.00 p.m., we the Ayabas were worried, because it would not allow us to perform our traditional roles.

“Whereas, as women and ayabas in the palace, we needed money from the Kabeyesi, I had to consult the Yemoja and Sango priests to appease the goddess to stop the rain,” she said.

Adeyemi stated that five minutes after consulting the priests, the rain stopped, adding: “if not, we would not be able to perform the igbatiti.

“Ten minutes after, Alaafin entered the venue to commence the celebration of Sango festival.”
The News Agency of Nigeria (NAN) reports that the programme started immediately Oba Adeyemi stepped down from his car at about 2.18 p.m., with Iwure Agba (prayer by elders) led by Sango priests. (NAN)