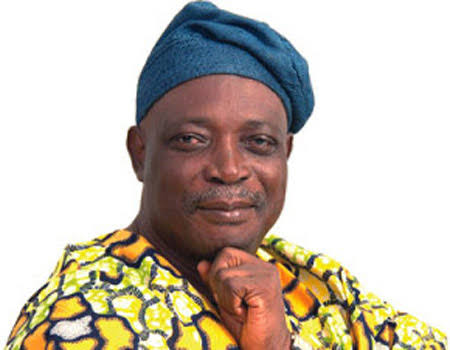 I Have No Regret being Impeached, I came to Serve and I Did my Best—Ladoja Replies Obasanjo

An erstwhile governor of Oyo State, Senator Rashidi Ladoja, on Friday, said he had no regret being impeached as the Governor of the State in 2005, adding he only came to Serve his people, and did his best in delivering the dividend of democracy.

Reacting through his media aide, Alhaji Lanre Latinwo, Chief Rashidi Ladoja said there is no damage control measure by former President Olusegun Obasanjo can wash him clean of his alleged involvement in his (Ladoja’s) impeachment in 2005.

Recall that Obasanjo was in Ibadan on Thursday as the chairman of the launch of an autobiography by former Governor Adebayo Alao-Akala in Ibadan, where he said Ladoja’s inability to manage the late Chief Lamidi Adedibu and Chief Yekini Adeojo was responsible for his impeachment.

Ladoja, who was Impeached as the Oyo State Governor in 2005, after which his Deputy, Alao Akala took over, until the Supreme Court nullified the impeachment 11 months after.

In a statement released by Alhaji Lanre Latinwo, his media aide, Ladoja said Obasanjo is privy to the truth.

“The former president has forgotten that the nation’s apex court had ruled that there was no impeachment.

“Obasanjo can be forgiven because he is an old man who may not recollect the past accurately. If not, why should he say that Ladoja became governor in 2003 through the grace of God, Chief Adedibu and Alhaji Adeojo when Adeojo also attempted to become governor?

“Did Obasanjo forget that Adeojo contested the Peoples Democratic Party (PDP) primary election which was held on December 24, 2002 at the Liberty Stadium, Ibadan?

“Let Chief Obasanjo be told, point blank, that no amount of damage control would help him.

“Ladoja, therefore, has no regrets. He came to serve and he did just that to the best of his ability, the result of which is the love his people have for him till date,” Latinwo said