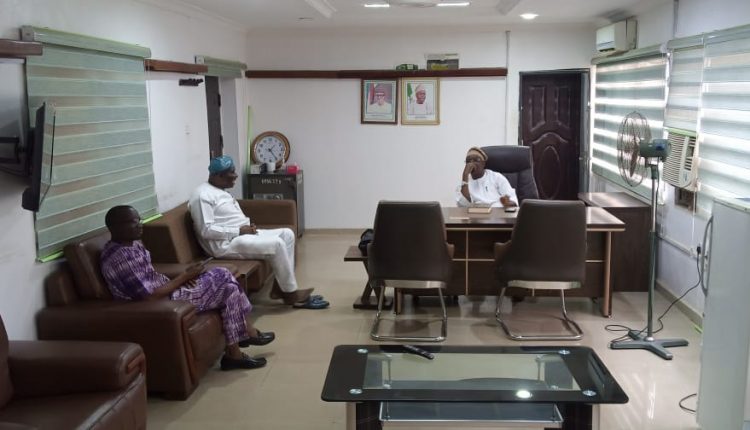 “I Was A Civil Servant For 28 Years And Didn’t Receive Query For One Day, I’ve Comply To Makinde’s Directive To Relocate My Office—Rauf Olaniyan

The Oyo State Deputy Governor, Alhaji Rauf Olaniyan, on Tuesday resumed work at his new office, situated at the State Ministry of Environment and Natural Resources, and vowed to remain committed to the growth and development of the State.

Gov. Seyi Makinde, had recently ordered the relocation of his deputy’s office from the building complex housing both of them within the State Secretariat, Agodi Ibadan.

The relocation directive came few days after Olaniyan defected from the Peoples Democratic Party (PDP) to the All Progressives Party (APC).

The deputy governor while calling on his supporters to remain calm, said the issue of relocation of office was not beyond administrative arrangement and that he didn’t see it as a witch-hunt.

Olaniyan added that he could work anywhere and maintained that the relocation would not affect his capacity as the number two citizen of the state.

According to him, his position as the Chairman of the State Boundary Committee still remain intact and that he has attended to two or three official files since he resumed on Tuesday.

He further said “I was a civil servant for 28 years and didn’t receive query for one day, so why should I got a letter that the governor directed me to relocate and I would not comply ?

When asked about his impeachment process before the State House of Assembly, Olaniyan said he wouldn’t comment on it.

JUST IN: After Dumping APC, Shina Pellet Joins Accord Party