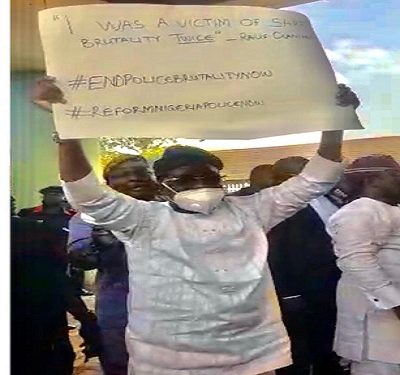 Oyo State Deputy Governor Engr Rauf Olaniyan has attested to the brutality of operatives of the Special Anti-Robbery Squad(SARS).

Olaniyan, who joined thousands of protesters at the entrance of the Oyo State Government Secretariat, Agodi Ibadan, also supported calls for an end to police brutality.

The Deputy Governor, who joined the protesters by carrying a white placard at the entrance of the State Secretariat, said he was twice a victim of SARS operatives.

The inscriptions on his placard read: “I was a victim of Police brutality twice, Rauf Olaniyan.

ENDSARS: Oyo Gov Makinde Visit Family of the Slain Jimoh Isiaka, Ordered The Release Of N100m For The Renovation of Soun Palace