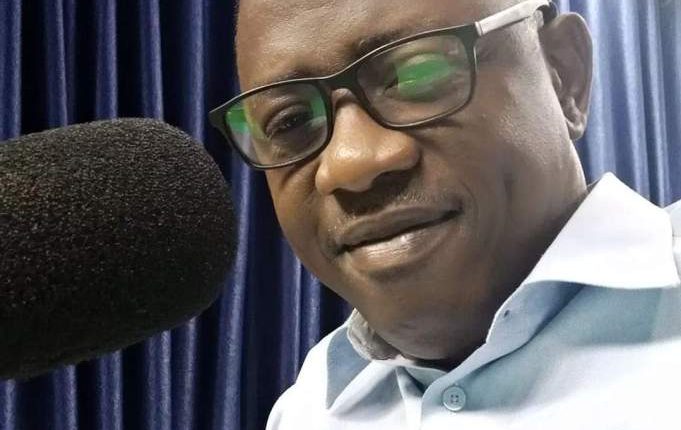 A foremost publicist of the Peoples Democratic Party in Oyo State, Rotimi Ojasope, has dumped the party.

Ojasope, who until last year was the Media Aide to Senator Kola Balogun of Oyo South senatorial district, announced the decision to leave the ruling party in a statement on Monday.

According to him, his decision to leave the party became inevitable due to certain sad realities.

“I was living in denial and dreaded this moment but it’s a sad reality; I struggle so hard to climb the ladder but only got to the last step before discovering the ladder was leaning on the wrong building.

“Today, I withdraw from the Oyo State PDP and step aside from partisan politics until I am fully persuaded otherwise. I know thousands of you look up to me, particularly the young folks but according to Bishop David Oyedepo; “How long you’ve been on a wrong journey doesn’t guarantee arrival at the right destination”. I apologize for the pains, disappointments and inconvenience this decision might cause many of you; forgive and just pray for me but please don’t pity me. I also apologize for the quarrels, disputes, unpleasantness that happened in the cause of working and loving someone who despises me; I am very sorry for being blinded and deafened by passion and love, howbeit unappreciated, so much that I ignored your warnings and admolitions. I take full responsibility for how it has turned out and pressing the exit button is a self preservation move.

“I will remain my political self but without party affiliation for now. Thanks for the love and support I have enjoyed from all of you, which you generously expressed irrespective of political and religious affiliations; I hope these won’t wean in the coming days.

“QUOTE: “One’s dignity may be assaulted, vandalized and cruelly mocked, but it can never be taken away unless it is surrendered.” —Anonymous. The Lord is the Almighty; he’s my portion in the land of the living,” his statement read.