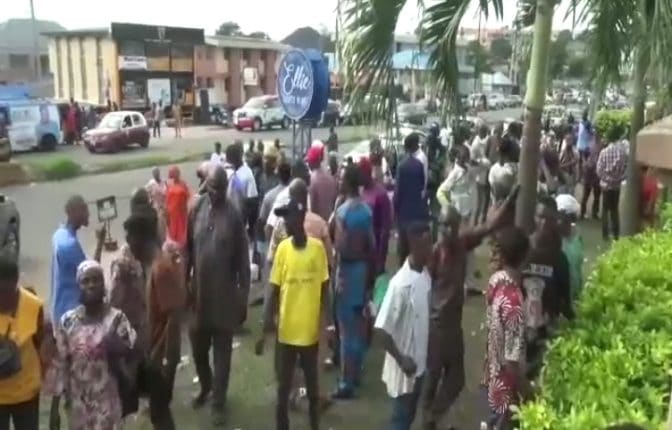 A group within the People’s Democratic Party, Fola Solidarity Group (FSG) has warned that it would resist a plot to tamper with the outcome of the Ibadan North Local Government State Constituency 1 Primary election results which saw the emergence of Hon. Folajimi Oyekunle as the winner, with 8 Votes

Coordinator of the group, Ajayi Olaide in a statement alleged that “there is an ongoing plot by some self-centered leaders at the constituency to induce and substitute the winner of the election.

The group noted that it’s necessary at this time to respond to the misleading and unwarranted lies from a political group who without conscience had claimed the second runner-up at the Ibadan North local government state constituency 1, Mrs. Comforter Olajide refused to jubilate at the primary venue to avoid chaos among the party faithful. Our question is, naturally who would have won without jubilation?

“It must be of note that aspirants had congratulated the winner Folajimi Oyekunle in the hall In the presence of the delegates, party leaders, electoral officers from the party, and INEC officials who were there as observers, which upon the announcement of the winner, Folajimi Oyekunle had an interview with newsmen on the smooth, peaceful running of the primary election, which was broadcasted on state television and blogs

Olaide has therefore warned that any attempt to alter the freely and fairly expressed wish of the PDP delegates in the Ibadan North State Constituency 1 would be resisted by the people.

He appealed to the leadership of the party not to succumb to moves to subvert the will of the people at the election.

The PDP electoral officer from Abuja who monitored the exercise along with E.O INEC from Ibadan North LG, Mr. Onabanjo T.A, saw to the announcement of results in which Folajimi Oyekunle polled 8 votes to defeat his closest rival, Mrs. Comforter Olufunke Olajide, who clinched 7 votes.

However, Oladele said that “It has come to our notice that one of the aspirants who came second is trying to monetarily through a leader from ward 4 to induce, manipulate the outcome of the primary in her favor. If her plot succeeds against the will of the delegates, it will not be in the interest of our party.

“ Present at the primary election exercise was the local government party chairman, the executive chairman of the local government, party leaders, observers reputable media houses, the state television BCOS, blogs, state agencies, NOA, security apparatus such as the DSS, Police, monitored the election which on each of the records had the name of the winner Folajimi Oyekunle has the winner of the primary.

We recorded that 18 delegates including the national delegates were accredited, and they voted. After sorting the ballots, there were 19 valid votes, Folajimi Oyekunle secured 8 votes, Mrs. Comforter Olufunke Olajide, 7 votes, SOJ with 3 votes, and Maquis had 1 vote respectively

“It must be noted that other aspirants had congratulated the winner Folajimi Oyekunle In the same hall In presence of the delegates, party leaders, and INEC officials, which upon the announcement of the winner, Folajimi Oyekunle had an interview with newsmen on the smooth running of the primary election.

” The process was completed, and the winner was announced. So, there is no basis for any surreptitious move to change the wish of the majority.

He added that “We call on the leaders of our party, both in Abuja and Oyo state, not to allow any desperate leader and aspirant to disrupt the peace and unity of the PDP in the Ibadan North State Constituency 1.”

“There Is a fervency in the political space, the pace is monstrous, and the call is for the wish of the people to prevail irrespective of any group or person’s interests.

We Will Continue To Respect, Uphold Our Traditional System – Makinde