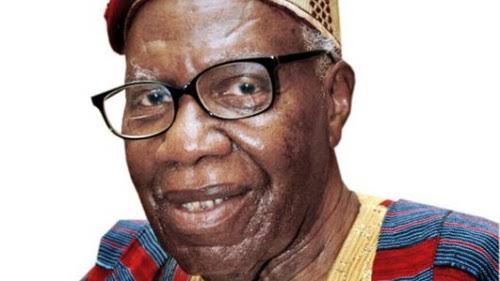 Olubadan of Ibadan, Oba Lekan Balogun, has described the death of Amb. Olusola Sanu as a great loss to Ibadan land and Nigeria in general.
According to Newspeakonline, Sanu, who was a retired diplomat, died on Tuesday at the age of 92 years. He was the Basorun Bobajiro of Ibadan land and the Chairman, Ibadan Elders’ Forum.

The renowned envoy, according to the Olubadan, would be greatly missed for his elderly disposition to issues as well as his unalloyed commitment to Ibadan cause.

He said: “It was with rude shock that I received the news of the death of one of our elder statesmen, who had been one of the stabilizing forces in the socio-political activities of our people in Ibadan land and maintained a dignified posture in all of his interventions to the best of my knowledge.

“I consider his death at this particular time a personal loss to the throne of Ibadan land in view of his wealth of experience, knowledge and wisdom. But, we are helpless because it is not within the purview of any mortal to prevent the creator from calling to His side whoever He chooses and at what time.

“We equally take solace in the fact that our reverred patriot left behind good, sound and robust legacies that will continue to speak well of him several decades after from now on. He lived and died well. May the Lord grant his soul eternal rest.”

The monarch condoled with the family and Ibadan indigenes, both at home and in diaspora, urging them all to be thankful to God for the grace given the deceased and the positive contributions he made.

Brief History of Lalupon: A Yoruba City Of Warriors