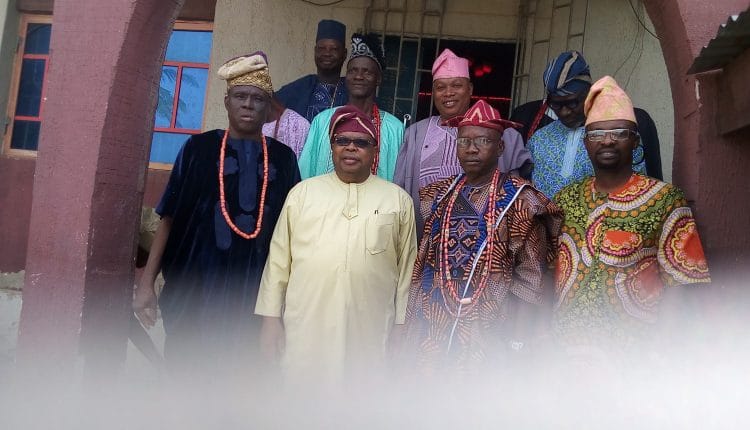 Ibadan compound heads, otherwise known as Mogajis, have said they have not endorsed Joseph Tegbe, candidate of the Peoples Democratic Party, PDP, in the 2023 election.

According to the coordinator of the Mogajis, Asimiyu Ariori, what was reported was not what transpired at a meeting which took place at the residence of Abass Oloko, another Mogaji who is also vice-chairman of the Oyo State Tourism Board.

Tegbe, they said, had come to them as one of them and nothing more, adding that as Mogajis, “we can’t do anything without the approval of the Olubadan.”

“The true reflections of what transpired during the meeting between some Ibadan Mogajis and one of us, Engr Joseph Tegbe has clearly confirmed that there was never an endorsement but a mere meeting and soliciting for Electoral supports.

“It is misleading to say that we have endorsed him. All the candidates and aspirants in Oyo south are our brothers and sisters. And endorsing anyone doesn’t arise at all. If we are going to do it, it won’t be done like that.

“Mogaji Joseph Tegbe is a prominent son of the soil and as Mogaji, he has equally right just like any other Sons and Daughters of the soil. The Mogajis and any other groups can choose to meet any of our aspirants or candidates and listen to their request, but endorsement is far from the discussions.

“This refute has become necessary following the furore it has generated. We advise all our distinguished patriots, most especially Mogajis to steer clear of anything that could divide us.

“We deserve to be more united under His Imperial Majesty, The Olubadan of Ibadanland much more than ever. And anything he doesn’t ask us to do, we won’t do it,” Ariori added.

Sunday Dare Rejects Calls To Be Gov, Senator, Say’s I Want Use My Expertise To Ensure APC Victory In 2023