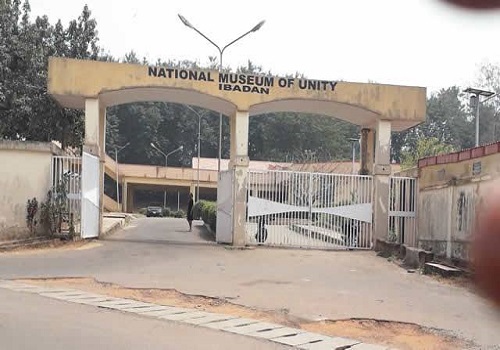 The National Museum of Unity, Ibadan, Oyo State, has been given a facelift with classical objects from across the country, to attract more visitors.

Adedoyin said the galleries were furnished with air conditioners, new storylines, and a new theme to replace the age-long music, dance and Yoruba culture themes.

“The new theme is ‘Our Cultural Heritage in Retrospect’.

“Great thanks to the new Director-General of the National Commission for Museums and Monuments, Prof. Abba Tijani, who is working tirelessly to reposition the commission.

“Upon resumption, he visited the 48 museums across the country and his visitation was to evaluate modules to improve standards of museum delivery and performance for greater returns,” he said.

He said that the museum vicinity had been provided with borehole facility to cater and ease water needs of both staff and visitors.

“The ongoing projects are just a tip of the iceberg as more of such developmental projects have been enlisted to manifest in Ibaban and other museums in the country.

“These are signs of readiness and preparedness of the NCMM administration to repatriate objects which were at one time looted from the country.

“This is the beginning of a new dawn, all these feats will in no doubt pave ways for greater successes next year.

“Let me, therefore, use this medium to welcome our esteemed members of the public, friends and partners of museum in Ibadan and Nigeria in general,’’ Adedoyin said.

“We assure people of a worthwhile experience and recreational achievements. More so, they will be glad they visited,” he said.

Adedoyin said that because Nigeria remained a cohesive unit, there was need for cohesion where people cohabit as one, even in cultural diversity.

The curator said that in 2021, the museum had more inter-agency collaborations with stakeholders, sister agencies and the ministries of culture and education.

He said that the commission would continue to do its best to sensitise people on the importance of museum and its visitation, preservation of cultural heritage and monuments.

“We will continue to partner with relevant stakeholders and organisations to improve the state of the museum and attract more visitors, we hope for a better 2022,” Adedoyin said.