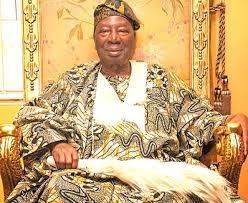 Hon. Yusuff Sahib Oladayo said he received with sadness news of the transition of one of Nigeria’s foremost traditional rulers, the Soun of Ogbomosho, Oba Jimoh Oyewumi Ajagunbade 111

In a statement by his Special Adviser on Media and Publicity, Mr. Wale Bodija, the Executive Chairman extended condolences to the late Soun’s family, his friends, associates and subjects, as well as the people of Ogbomosho on the departure of the first class monarch.

Agba Egbe, said the traditional ruler would be remembered for his worthy service and invaluable contributions to the sustenance of the cultural heritage of his people.

He urged the late monarch’s family, friends, associates and subjects to be consoled by the knowledge that he lived a very fulfilled life, and has left worthy legacies for his successors to build upon.

The statement read in part, “The Ibadan north council chair’ joins them (his family, friends and associates) in mourning the revered traditional ruler who will be long remembered and celebrated for his worthy service, over more than Four decades, the oyo state council of oba’s and the Yoruba’s will miss his invaluable contributions to the sustenance of the cultural heritage of his people within and outside Nigeria.

“Considering the developments attained during his reign, Oba Jimoh place in posterity has already been assured by his long and worthy service to his people and country as well as his notable contributions to the development of his community, state and country as a leading businessman, administrator and inspirational traditional ruler.

“He prays that God Almighty will comfort all who mourn Oba Jimoh and bring forth a worthy successor to take his place on the ancient throne of Ogbomosho.”