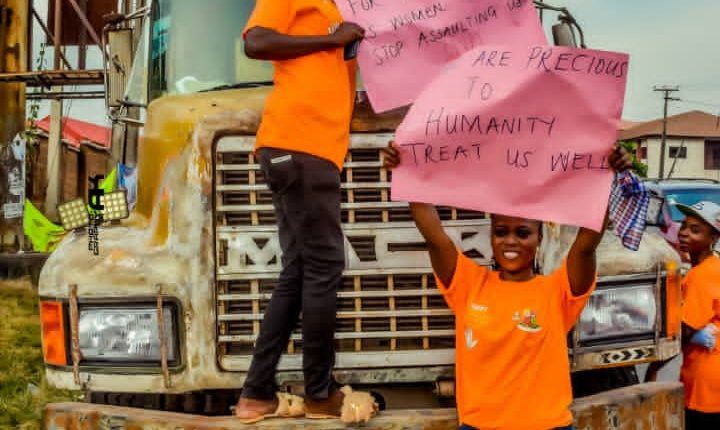 As the global activism against Gender-Based Violence continues, the wife of the Oyo State Governor, Mrs. Omini Makinde has extended the awareness campaign about gender violence to residents and relevant stakeholders in Ibadan north local government area of the State, advocating for the involvement of members of the community in fighting the menace.

6 Things You Need To Know About Iseyin-Born Acting CJN…

The wife of the executive chairman, Mrs. Yusuff, who was accompanied by the four honorable councilors (Women) and women from the twelve wards of the council area, disclosed that the extension of the campaign to Ibadan North Local government by her excellency the First Lady of the state as a result of the high reported cases of gender violence against women within the area and the need to reverse the trend.

Mrs. Yusuff urged relevant stakeholders within the local government to join hands with the State government to jointly address the menace and come forward with a very formidable strategy that will help change the narrative.

“For us here in Ibadan north local government, sexual abuse, especially as it concerns women and children, is an evil act that cannot and must not be tolerated. The devastating consequences are real and this is why we must sustain the advocacy and fight against the menace to make the society a better place for all of us, and our children”, she stated.