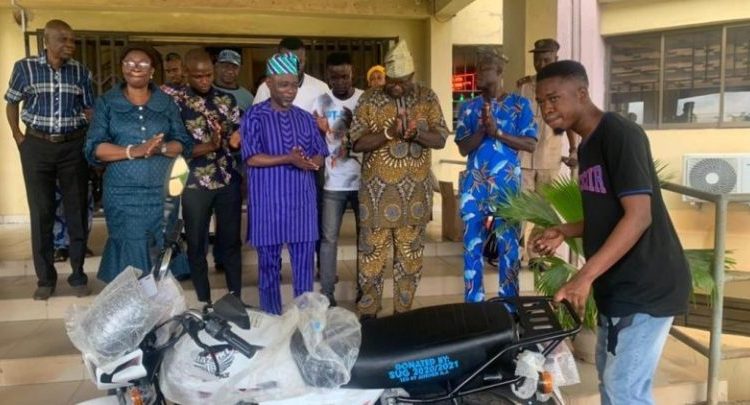 The Students Union Executive arm of The Polytechnic, Ibadan has donated a motorbike for the use of the institution’s security unit.

The president of the union, Mr Abdulazeez Adedeji while presenting the bike to the rector and management of the institution on Tuesday, noted that the gesture was to support the security efforts on campus.

He commended the rector of the institution and the entire management, for the effort made in maintenance of the security challenges in the institution.

‘’It is in appreciation of the institution’s effort in the management of security issues, that the union’s executive met and decided to lend support through the provision of the motorbike,’’ Mr. Adedeji noted.

Responding on behalf of the management, the Rector of Ibadan Poly, Professor Kazeem Adekunle Adebiyi, commended the kind gesture of the Students’ Union.

He promised that the motorbike will be put into good use by the security unit of the institution.