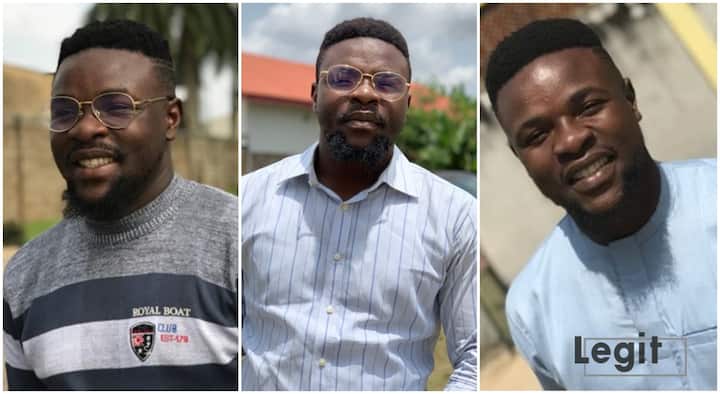 A Tweep, oluwafemieden who recently relocated to Ibadan, has narrated how he escaped being killed by ritualists who kidnapped him, while coping with the trauma years later.

He recounted how on the 8th of December 2020, while he was staying in Akobo, Ibadan, woke up with the desire to see his younger sister, who is a UI student, who also works at Joke Plaza, Bodija.

He said: “My phone was dead, and I couldn’t inform anyone of where I was going or my whereabouts. So I got dressed, left the house, got to the junction of my house, and waited a long time for a bike, but I couldn’t get any after a while. I decided to take a cab.

“A little less than a minute later, I saw a “Micra cab” call Bodija. I waved to stop it, and it did. I entered, and I was the second person in the back seat, with another woman with me. After we moved a little, we had another passenger join us. We became three in the back seat.

“The cab was at its maximum capacity; we were ready to move. We got to the general gas bridge, and that was the last thing I remembered until I woke up later and found myself almost naked with just my shorts and singlet on me”.

Oluwafemi continued: “I was shocked to find myself somewhere I didn’t know. I could untie myself, and I saw blood on the ground when I looked around. In front of me, the woman and the man who had been in the back seat with me appeared to have been killed.

“I was scared to death; I tried walking around to see where I was, and boom, I saw human parts stacked across the hut (privates, legs, hands); after seeing this, I almost peed on my body. I didn’t see any other people, so I decided to find a way out of the place; as I was tiptoeing around, I started hearing a conversation outside. It was in Yoruba.

“Return that boy; we can’t use him at all; I don’t know how you guys were able to bring him here; there is a lot of damage he will cause if he stays here longer,” but Baba, “he fits the description perfectly; the other two people dead are just collateral damage, what can we do with this Baba?, the voices asked.

“The Baba was hesitant to return me to wherever they picked me up. They brought the suggestion –Can we erase his memory? Maybe we should just waste him.

“He told them he was begging them if they didn’t want everything they had worked for to no avail, they should return me in peace.

“I must be whole”, and he told them that if I woke up before they returned, there was nothing he could do to make me sleep again because initially, I shouldn’t have slept off.

“They later agreed to return, but they were finalising some arrangements.

“I tipped around until I saw an opening where I could run into the bush, and I did. I saw the Micra driver and the other man in front, but they did not see me. The door was behind them, and they did not know I had escaped.

“So I started running into the bush; it’s not like I knew where I was going, but I just wanted to run as fast as possible away from the place.I got to an untarred road; I tried waiting for a while, but I couldn’t see any buses, cabs, or bikes; I was praying in tongues under my breath”, he continued.

“After a time, I kept running until I got to another road, but this was tarred. A few minutes after I got there, I saw a rickety jalopy bike approaching me from afar. I waved, and I stopped the motorcycle. The man was old.

“He asked what I was doing there alone. I narrated my experience. He was like, “Omo mi,” people don’t enter this bush once kidnapped and come out alive. Thank God!”

“He asked where I was going, and I told him Bodija. He said he did not know the place. He later asked which state I was talking about. I told him I was from Ibadan, Oyo state, when I discovered I had been taken far away from home. I am in Ogun State.

“He volunteered to take me to Ibadan Park, which he did; he paid my fare and got me bottled water because I was sincerely thirsty”, he added.

Meanwhile, the kidnap survivor said even though all of the event happened between 6 hours, he decided not to report the matter to the police due to the huge trauma that came with the shocking incident.