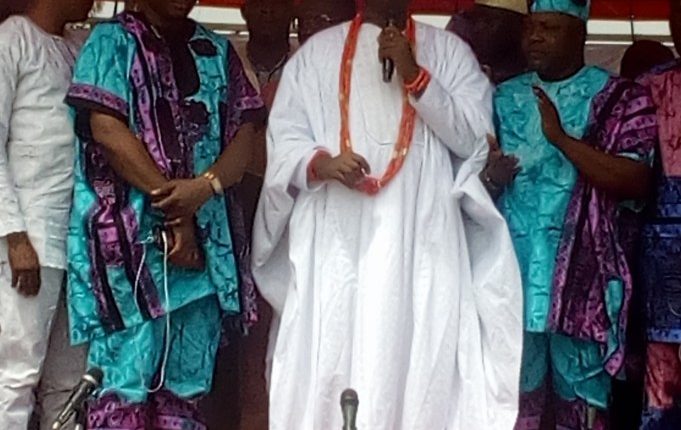 Ibarapa Killings: Oyo CP Should Be Redeployed Now, She Has Lost Grip Of The State—Iba Gani Adams

The Aare Onakakanfo of Yorubaland, Iba Gani Adams, has said that kidnappings and killings have continued unabated in Oyo State because the state’s Commissioner of Police, Mrs. Ngozi Onadeko, has lost grip of the state.

Adams stated this, yesterday, in a statement by his Special Assistant on Media, Kehinde Aderemi, while playing host to a delegation of all Ibarapa indigenes.

The meeting, held at the Omole Phase II residence of the Aare Onakakanfo, was in swift response to the growing spate of insecurity in Ibarapa and its environs.

He said the meeting was to respond to security challenges in the area, adding that the delegation came to give an update.

He, therefore, condemned the way the Oyo State CP handles the security situation in the state, adding that reports indicate that the killer-Fulani herdsmen are still on the rampage in the entire Oke-Ogun.

Meanwhile, Chairman of Ibarapa Hunters, Alhaji Bilau Dare, who led the delegation, said the group came to visit the Aare Onakakanfo to find lasting solutions to the security situation in the state.

He expressed disappointment at the spate of insecurity in Oke-Ogun, stressing that killings and kidnappings in Ibarapa and its environs are getting worse daily, adding that he lost his younger brother, Mufutau Babarinde, yesterday as a result of herdsmen attack.

Also, the Oodua Peoples Congress (OPC) chieftain in Ibarapa, Olanrewaju Ogedengbe, lamented that the police had failed to unravel those behind various killings and kidnappings in Ibarapa and environs.

Auxiliary Is Makinde’s Employee, Just As Taiwo Adisa, He’s Not A Member Of NURTW—Agbeyangi