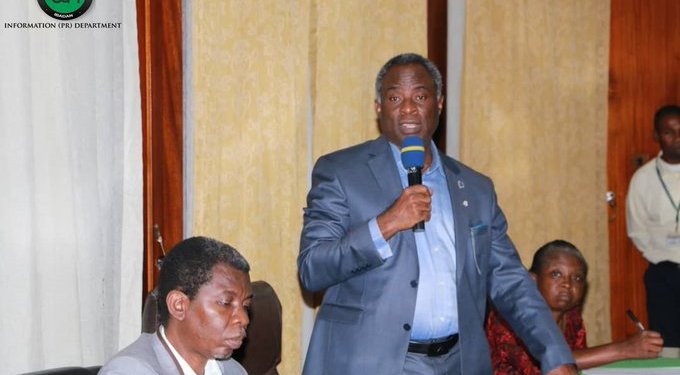 The Independent Corrupt Practices and Other Related Offices Commission has indicted the Federal Ministry of Labour and Employment, headed by Chris Ngige, and the University College Hospital, Ibadan, for engaging in illegal job recruitments, the PUNCH Newspaper reports.

Speaking at the third National Summit on ‘Diminishing Corruption in the Public Service’ in Abuja on Tuesday, ICPC Chairman, Prof. Bolaji Owasanoye, disclosed that the illegal recruitment contributed to the high cost of governance and the increase in personnel budget.

He said, “Your Excellency sir, a major push factor on the high cost of governance and rising personnel budget is illegal recruitment, illegal and unilateral increase in wages and remuneration by some MDAs, indiscriminate local and international travels, unreasonable demands by some political appointee board members of MDAs without regard for extant circulars on cost management; procurement fraud, budget padding, etc.

“ICPC investigation of some cases of illegal recruitment forwarded to us by Head of the Civil Service of the Federation has so far implicated Ministry of Labour and the University College Hospital, Ibadan, and a number of corrupt staff of other MDAs at a lower level. This abuse of power is consummated with complicity of compromised elements in IPPIS. These cases are currently under investigation.”

Owasanoye, however, added that the agency was prosecuting the leader of a syndicate who issued fake employment letters to individuals and fraudulently enrolled them in the IPPIS.

He said the ICPC, through its investigations, had found 257 projects amounting to N20.138b duplicated in the 2021 budget, noting that some civil servants diverted and converted for personal use.

“ICPC is prosecuting one of the leaders of the syndicate from whose custody we retrieved several fake letters of recommendation purportedly signed by Chief of Staff to the President, Honourable Ministers, Federal Civil Service Commission, and other high-ranking Nigerians.

“Our findings indicate that the same malady of corruption afflicts executive as well as zip projects thus undermining government projections, escalating the cost of governance and denying Nigeria value for money.

”These maladies include poor needs assessment that disconnects projects from beneficiaries; false certification of uncompleted contracts as completed, deliberate under-performance of contracts incessant criminal diversion and conversion of public property by civil servants, to name just a few.

“Other challenges relate to duplication of projects in the budget. ICPC review found that 257 projects amounting to N20.138b were duplicated in the 2021 budget leading us to submit an advisory to the HMF which was promptly actioned by the Minister to prevent abuse,” Owasanoye said