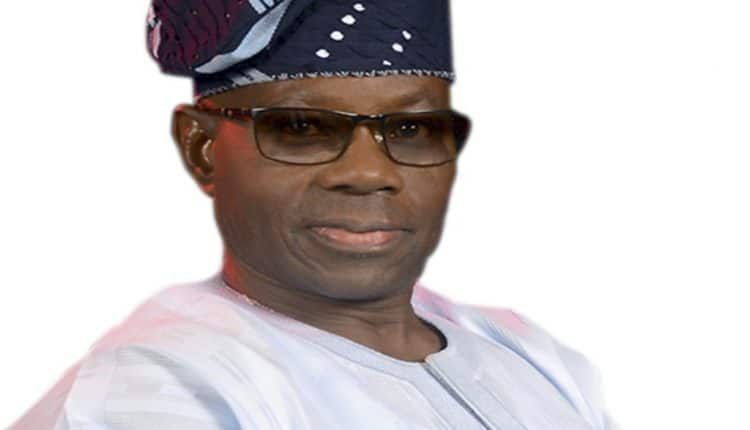 He stated this on Monday while featuring on Channels Television’s ‘Politics Today’ programme monitored by The AKÉDE Ọ̀YỌ́.

Balogun was reacting to a recent attack by gunmen suspected to be herdsmen at Igangan, in the Ibarapa North Local Government Area of Oyo State.

The AKÉDE Ọ̀YỌ́ had earlier reported that no fewer than 17 persons were reportedly shot dead when the hoodlum invaded the town on motorcycles around 11pm on Saturday and started killing and destroying property, which continued until around 3am on Sunday.

Speaking on the programme, the Senator representing the affected area condemned the attack, adding that all hands must be on the deck to ensure there is no repeat of such attack.

Balogun also said the attackers had bigger plans but for the intervention of vigilantes and Amotekun personnel. He, therefore, urged the Inspector General of Police, Usman Baba, to grant the Amotekun operatives the license to bear sophisticated weapons in order to confront the marauders.

The senator said, “Amotekun is active and Amotekun is working even with the police. As a matter of fact, the situation would have been worse but for Amotekun and other local security outfits because from the report that I got, the people that came to invade had bigger plans than what happened.

“It was the community, the Amotekun, the local vigilantes that were mobilised in the middle of the night even though they were ambushed because they were not expecting them but they actually mitigated the effect of the damage.

“So, Amotekun is working and now the South-West governors said they have a joint patrol of Amotekun outfit across the entire South-West.

“Let me also say that I am aware that the Amotekun personnel have requested that the Inspector-General of Police grant them the license to be well-equipped. As we speak now, they are not as equipped as these invaders who are savages and who go on the rampage.

“I appeal to the IG and the police to grant them (Amotekun personnel) the license to be well-equipped as long as what they are doing is in support of what the police is doing.”

The overwhelming insecurity in the region had forced the six governors of the South-West to inaugurate the security outfit to tackle peculiar security threats in the region. The Amotekun Corps had also got the constitutional backing of the six state assemblies in the region.

This newspaper had also reported that human rights lawyer, Femi Falana, SAN, said it was suicidal for the operatives of Amotekun to carry on without bearing arms because the criminal elements they were to confront use sophisticated weapons, arguing that if a private citizen can apply for a licence to bear arms for self-defence, the Amotekun Corps are also entitled to the same benefit.