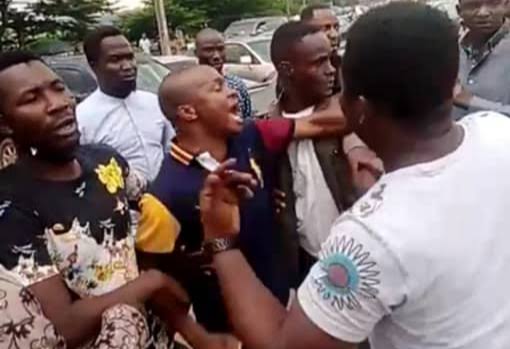 Following the unfortunate incident that occured on Wednesday between the men of the Nigeria Immigration Service and the Chairman of Ibadan North Local Government Akéde Ọ̀yọ́ can confirm that thr Comptroller General has waded In.

In a release made on Thursday, a copy of which was sighted by Akéde Ọ̀yọ́, the age cy explain that it was unfortunate that ainot misunderstanding that could have quickly been resolved was allowed to degenerate into unnecessary tussle.

The attention of the Comptroller General of Immigration (CGI), Muhammad Balandede
MFR has been drawn to some reports about a misunderstanding between some of our
Personnel at the Oyo State Command Office and Officials of the Ibadan North Local
Government Area yesterday.

EXCLUSIVE: Inside Story Of What Transpired Between Oyo Immigration Officers And Ibadan North Local Government Chairman Agba-Egbe And Aides (Photos/Vides)