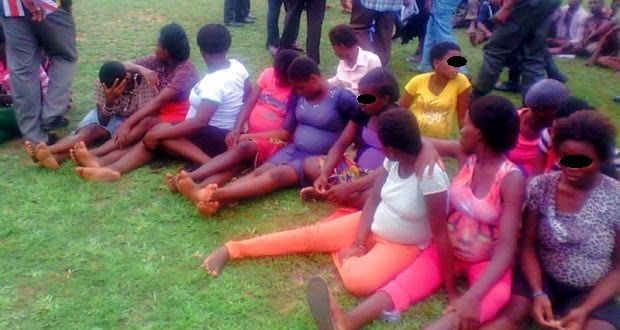 Adetunji said the victim had been handed over to the National Agency for Prohibition of Trafficking in Persons (NAPTIP).

He said the victim was rescued in the Saki area of the state by officials of the command.

The spokesman said the 20-year-old victim of human trafficking was brought from Akwa-Ibom to Oyo State on June 19 by the suspect with a promise to get her a good job.

Adetunji said the suspect was aware of the victim’s pregnancy before engaging her as a sex worker.

“Instead of getting her the promised job, she engaged her into prostitution and collected the money from men who slept with the victim.

“>
“Our men also apprehended the suspect and have handed her over to NAPTIP for further investigation and prosecution,” he said.

The PRO said that NIS would not relent in enlightening the public on the dangers of human trafficking and called on parents to always find out what their children are doing while under a helper.

Adetunji said that human traffickers always promise their victims heaven on earth but at the end of the day, they would engage them in something else.

In an interview with the suspect (names withheld), she said she kept the victim with a friend and that she was not the one who collects the money the job.

“She was aware that she would be engaged as a sex worker because the victim informed me that she was looking for money to buy baby wears,” she said.

The Coordinator of NAPTIP in Oyo State, Mr Akanya Augustine, said the agency would ensure diligent investigation and prosecution of the suspect if the case was proven beyond reasonable doubt.

Augustine said the agency would rehabilitate the victim, especially with her condition.

He commended NIS for the collaboration with the agency towards eradicating human trafficking in the state.