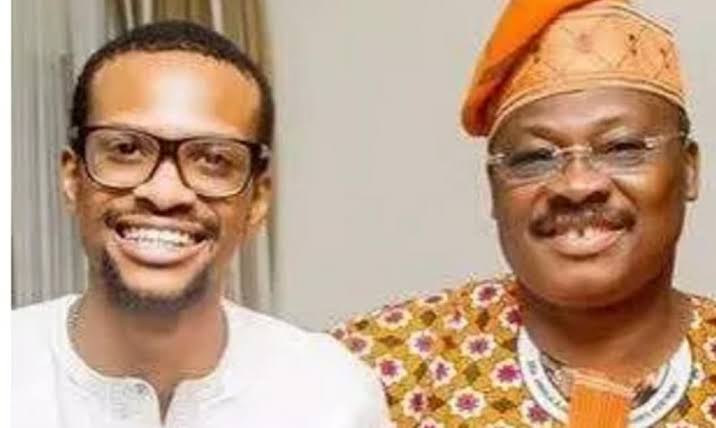 In His Father’s Shoes: Why People of Oyo are Clamouring for Ajimobi’s Only Son

There are individuals who will likely never be forgotten in Nigeria. Senator Abiola Ajimobi, former Governor of Oyo State, is one of such people. Even though he is late now, the various political engines and engineers he set in place in Oyo continue to come up in conversations to the point of contemplating contesting against other governorship candidates for the position once occupied by Ajimobi or senatorial position.

The people of Oyo are reasonable. Like folks from other states, they often know what is best for them and will not waste time haggling over other things. So it is with the latest report on the street that these Oyo people are clamouring to have the only son of the late senator Abolaji, become governor come 2023.

According to the reports, the people asking for Abolaji are convinced that he is the next best thing to his late father. He is reportedly just as compassionate and nice as the late chieftain of the All Progressives Congress (APC). Moreover, Abolaji has the right qualifications, including a degree in Management Consultation from a UK (United Kingdom) firm, as well as graduate degrees in International Relations and Business Management from King’s College London and Staffordshire University, respectively.

Abolaji is also the typical family man. With his wife, Fatima Ganduje-Ajimobi, he is already leading the kind of life that would make any father proud, not to mention one like the late Ajimobi who heavily invested in each of his children.

If things go according to plan, Abolaji would have to play a major role in Oyo politics in a few months. He would have to rely on the support of the people clamouring for him and continue what the Ajimobi patriarch started before he was succeeded by Makinde.

They Are Planning To Give Me ‘Eleweomo Treatment’—Auxiliary Cries Out