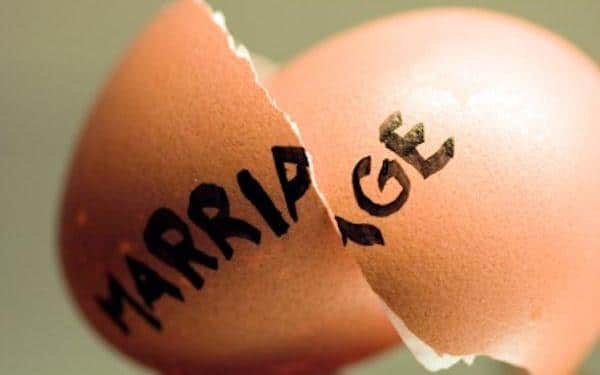 In Ibadan, Court grants order of Dissolution of Marriage over husband’s Refusal To Relocate To USA

The Ring Road High Court 2 under Justice Moshood Abass, has dissolved a seven years marriage between Ogunyomi Omobode Modupe and Ogunyomi Olanrewaju Tajudeen, who have lived apart for a period of over three years.

The petitioner, wife filed a case through her counsel, Otunba Kunle Kalejaye (SAN), on March 5,, 2020, praying to court to dissolve the marriage over childlessness.

The couple were married at the Ake, Abeokuta Marriage Registry in Ogun State on November 2, 2013, but don’t stay together for over three years.

The petitioner, who currently lives in Jersey, USA, claimed that Tajudeen had before the wedding agreed to move overseas with her, but later refused to.

She told the court that she and Tajudeen had stopped cohabitation and had been separated since February 4, 2017, a condition that has been causing her stress and pain.

In her evidence, she claimed to be a trader and that she was present at the wedding ceremony “where my sister was married to Olanrewaju Tajudeen Ogunyomi on 2nd November, 2013 at Ake, Abeokuta in Ogun State.

“I know the petitioner.

“She is my sister.

“He is husband to my sister.

“I was present at the Marriage Registry at Ake, Abeokuta.

“A marriage certificate was issued to the couple.”

Asked why she subscribed to the dissolution of the marriage, she said: “The couple have separated since 4th February, 2017.

“They have been living apart since then.”

In his address, Kalejaye, who led Oluwatoba Kalejaye, Mojisola Hassan, D.D. Owoeye and J.A. Adeyemo, cited S. 15 (2) (f) of the Matrimonial Causes Act, saying: “Living apart for a period of three years preceding the presentation of a petition is a sure ground in law for an irretrievable breakdown of marriage.

Citing the authority in Omotunde v. Omotunde (2000), and Law Pavilion Law Report (10194), Kalejaye told the court: “There is no need inquiring into who between the parties is at fault once the parties have lived apart for a period of three years.

“I therefore urge Your Lordship to so make an order Nissi.”

In his brief judgment, Justice Abass noted that the petition was based on living apart by the couple, more so that the respondent (Tajudeen) did not file any defence despite being served with the petition.

Agreeing with the authorities cited by Kalejaye, the Judge said: “Section 15 (2) (f) of the MCA is given recognition in Omotunde v. Omotunde (2000).

“The law behind the section is not interested in who is right or wrong or the guilt or innocence of the parties.

“The evidence of the PW1 in this court is to the effect that the parties have been living apart since 4th of February, 2017.

“This court is bound to grant the dissolution of the marriage since the parties have been separated.

“I hereby hold that the marriage has broken down irretrievably.

“I accordingly grant the order of dissolution nissi.

“The order shall become absolute after three months.”