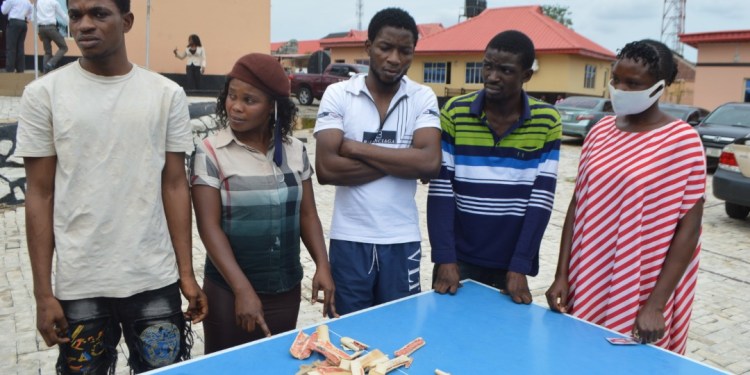 The Economic and Financial Crimes Commission, Ibadan Zonal Office, has apprehended two young women for attempting to smuggle hard to detainees in the custody of the EFCC.

The suspects, Jumoke Ayodele and Opeoluwa Temitayo who were arrested on Tuesday, October 20,2020 confessed that the smuggled “Colorado drug” was meant for the consumption of the detainees.elieve to have psychological effect on

To convey the drugs, the duo wrapped them in small cellophane packs, and tucked them inside sausages they brought for the detainees.

The ladies will be handed over to the National Drug Law Enforcement Agency (NDLEA) for further investigation and possible prosecution.