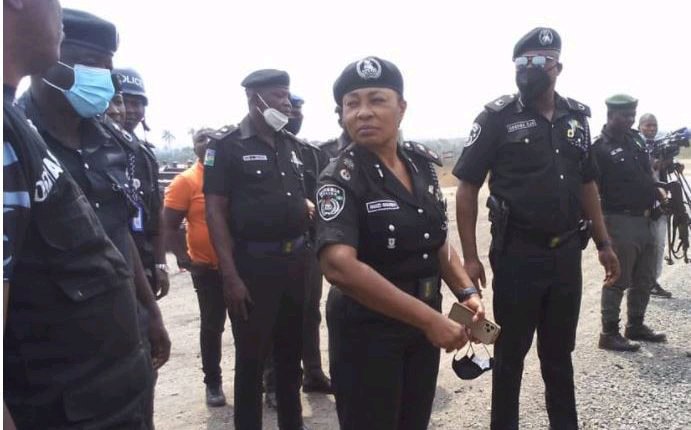 In a move to curb the attacks on commuters on the Lagos-Ibadan highway by kidnappers, the Commissioner of Police in Oyo State Command, Ngozi Onadeko, has said her command has deployed anti-kidnapping squad and tactical teams on the road, for them to be at various points and also patrol both sides of the road.

Onadeko, who visited the highway on Tuesday, said that her presence was to put in place a kind of routine check on policemen deployed to the road to ensure the visibility of the operatives and ensure enough patrolling.

According to her, “we have deployed Anti-Kidnapping Squad and other tactical teams to the area. And we have been working in concert with adjoining command in Ogun State.

“The visit today is just a routine check to see if the men are doing what they are supposed to be doing. On Monday, the DC, Operations was here. Today, I decided to come just to make members of the public and the commuters know that we are here and we will safeguard them.

“We will make the way safe and secure to our humanly possible best, for them to have free and safe ride between Lagos and Ibadan.

“Even at that, I still come out at night to check that they (police operatives) are there and doing what they are supposed to do. We believe that seeing us more on the road will allay people’s fears. Patrolling is not in the daytime only. It’s done at night.”

She also disclosed that the command’s operatives had combed the Onigaari bush three times with local hunters and vigilantes and other non-state actors since the kidnap that occurred about two weeks ago.

Onadeko added that the combing was not being done only in Ibadan, as it had been carried out in the Ibarapa zone as well as Iseyin, Kisi and Ijio in the Oke Ogun area.

Saying that the routine check had been going on before the recent abduction, the state police boss stated: “This is what we have been doing for a very long time. We have had joint patrol with Ogun State Command. We have combed the bush even before the occurrence of this one-off incident, but the investigation is going on. We are making headway but I can’t divulge how far we have gone.”

She appealed to members of the public to stop speculating by carrying out false news on social media.

“It is really deterring people from coming out and instilling fear in them. We are trying our humanly possible best. The Inspector-General of Police is with us. He has advised us on what to do and how to ensure that the road is safe.”

Speaking further, Onadeko advised residents of the state not to panic or be agitated, as the adequate deployment of tactical and operational assets would be seen swarming the axis and embarking on joint intelligence-led surveillance, and aggressive patrols with adjoining states.