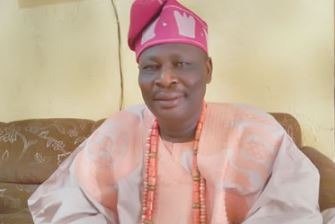 The Aseyin of Iseyin land, Oba Abdulganiy Adekunle Oloogunebi has attributed the surge in kidnapping and banditry in Oyo state to sales of native land to foreigners, particularly people from Niger, Chad, Cameroon and other neighbouring countries.

The monarch consequently called on residents of the state to verify the nationality of prospective land buyers.

Oba Abdulganiy made this assertion on Wednesday at his palace in Iseyin at Oke-Ogun while speaking to newsmen.

He noted that selling land to foreigners has contributed to the wave of kidnappings, banditry, armed robbery and destruction of farmland adding that the crime waves in the towns of Eruwa, Lanlate, Igboora, Idere, Tapa, Ayete and Igangan in Ibarapa are as a result of a lack of vigilance by the people.

He said that if occupants could identify and track new faces and suspicious movements of strangers in their areas, those responsible for the crime would be arrested before they had a chance to act.

The traditional rulers in the Oke-Ogun region, he said, have all resolved to keep their domains safe from crime that could hinder the economic growth of the region.

“I will also want to appeal to my people to stop selling land to foreigners that they cannot ascertain their nationality. Recent security intelligence has shown that foreigners from Niger, Chad, Cameroon and other countries, who do not even have proper documentation, are buying land from our people,’ he stated.

“This action portends near and future dangers. Those that sell such land are giving room for people that we do not know their ancestral and moral background to spread over our communities and wreak havoc. We have to stop this act.”

The monarch also maintained that the efforts of the state government under the administration of Governor Seyi Makinde to make the state investors’ friendly could only be achieved if citizens of the state would assist security agencies with prompt and useful information about strange individuals and events around them.

“It is very saddening that kidnapping and armed robbery are the trending issues in the country today. What happened in the olden days, where our people keep vigil in their communities against invaders and criminal elements, is what we should resort to now. If you see any strange thing happening within your community, call the elders who will call on the King or Baale (village head). This will help the security agencies to have tangible information to work with.”

“If you see a strange person that came from the forest to buy food for more than two people, it means they are camping there and might be doing something ominous. Call on the people around and stop such person or persons for questioning, and if he or she cannot give a convincing explanation, call on the security agents. These are ways to foil criminal acts before they manifest,’ the local ruler advised.”

The Aseyin of Iseyin consequently enjoined the people of Oyo to support governor Seyi Makinde administration quest in making Oyo state livable and through the creation of mass employment and financial empowerment for the people through its agro-economy and infrastructure projects, as well as its efforts to protect lives and property.