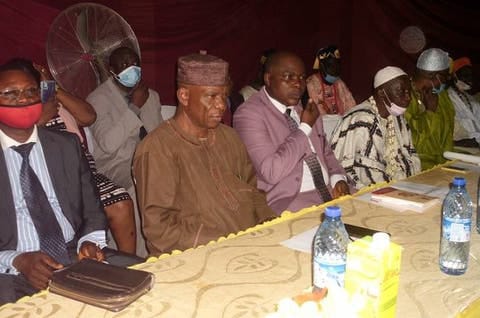 The Oyo State Government assured members of the public that the administration of Engr Seyi Makinde will through its various efforts and activities in the security sector, ensure that incessant security challenges facing the state will soon be a thing of the past.

The governor gave the assurance while inaugurating the Zonal Peace and Security Committee of the Ibadan Outer City today, held at Award Hall, Akinyele Local Government Secretariat, Moniya in Ibadan.

The governor who was represented by State Commissioner for Local Government and Chieftaincy Matters, Chief ‘Bayo Lawal, noted that insecurity facing the country can only be in the past if all hands remain on deck regardless of political parties, status, ethnicity and tribe sentiment, adding that government alone cannot do it all but will take the larger percentage efforts.

According to him, having realized that governments at all levels have larger steps to take to curb insecurity ravaging the country, he directed the inauguration of the Peace Security Committee within the seven Geopolitical Zones in the State to enhance the activities of the security agencies.

He expressed optimism that with the inauguration of the committee, security challenges facing the state will soon be forgotten, explaining that the Ibadan Outer Zone Committee comprises of Akinyele, Iddo, Oluyole, Ona-Ara, Egbeda and Lagelu Local Governments and their Local Council Developments will work together.

He reiterated that the committee members will have representatives from each security agencies and local securities such as vigilante group, Amotekun, Community Development Centre, religious group and non-indigene within the areas.

While pledging to finance the committee, he urged them to always convene meeting fortnightly and forward their reports and resolutions through the State Ministry of Local Government and Chieftaincy Matters to His Excellency.

In his welcome address, the Head of Local Government Administration, Akinyele Local Government, Mr Akeem Olatunji, commended the government for putting in place a security committee saying that it will further corroborate activities of the security agencies as well as create synergy between them.

While appreciating the present government in the state for its efforts in curbing insecurity ravaging the country which Oyo State is not exempted, the Chairman, Police Community Relations Committee, Egbeda, Engr Adisa Moses, urged the government to see to the rebuilding of police stations affected by activities of hoodlums during the EndSARS protest, citing Moniya as an example.