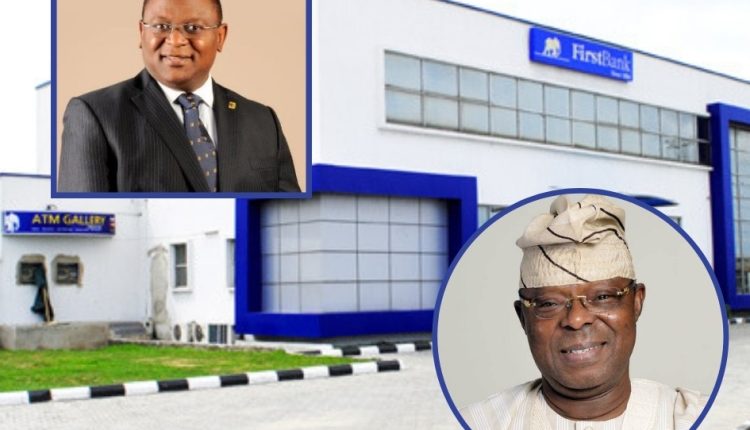 Insider Details Of How Ibadan-born Banker, Adeduntan, Was Reinstated As Firstbank MD

The battle for the control of Nigeria’s oldest lender, First Bank of Nigeria Limited, among two power blocs dominated by key shareholders with interests in its ownership, was at the heart of the recent shake-up of the bank’s board, PREMIUM TIMES has learnt.

One of the blocks is led by Nigeria’s second richest man, Mike Adenuga, insiders said.

On April 29, the CBN dismissed the boards of the bank and its holding company, FBN Holdings, in a dramatic move that came a day after the bank appointed a new managing director. The regulator reinstated the former MD of the bank, Adesola Adeduntan.

The regulator said First Bank, which has over 31 million customers with a deposit base of N4.2 trillion, shareholders’ funds of N618 billion, has for years been plagued by “bad credit decisions, significant and non-performing insider loans and poor corporate governance practices”.

PREMIUM TIMES has learnt that a key reason for the crisis is the tussle for control of the bank between a block led by Oba Otudeko, who until a fortnight ago was the chairman of FBN Holdings’ board, and Mr Adenuga, who recently emerged as one of the biggest shareholders in the bank.

While Mr Otudeko and Ibukun Awosika, his ally on the board of FirstBank of Nigeria Limited, were removed from their positions as chairmen of FBN Holdings and FirstBank respectively, Mr Adeduntan, who represented the interest of a late Ibadan mogul and prominent shareholder, Arisekola Alao, was reinstated as the bank’s chief executive, according to people with knowledge of the matter.

“Mr Adeduntan, 51, is viewed by the Otudeko block as now serving the interest of Mr Adenuga. Insiders said Adenuga recently took over the significant shares of Alao, who died in 2014.

He was appointed First Bank’s managing director in 2016 to help the lender regain a sound financial footing after an avalanche of bad loans threatened to sweep it under.

First Bank’s bad loan charges had ballooned by almost four times from N25.942 billion to N119.322 billion between 2014 and 2015. That figure would soar further in the next twelve months, although at a slower pace this time, by 90 per cent to N226.037 billion, taking its delinquent loan to 24 per cent of its entire credit portfolio, well above the 5 per cent permitted by the central bank.

The CBN’s intervention in the crisis, aimed at salvaging First Bank from a “grave financial condition”, meant N150 billion was written offin bad loans after shareholders failed to recapitalise the bank amid capital adequacy concerns.

Problematic Credit and Intrigues
The situation became problematic following a N75 billion loan facility by First Bank to Honeywell Flour Mills, in which Mr Otudeko owns majority stake. The insider lending, said to be beyond the single-obligor limit particularly for a director, called the bank’s corporate governance to question.

Honeywell Flour Mills said in a statement that the loan has performed from inception till date, and in accordance with agreed terms, the facilities were adequately secured with collaterals at over 170% of Forced Sales Value and 230% at Open Market Value.

But the CBN said the bank failed to perfect its lien on Mr Otudeko’s shares in First Bank, which were placed as collateral for the loan. A lien ensures the creditor (First Bank in this case) obtains the right to the property (Mr Otudeko’s shares) if the borrower (Honeywell Flour Mills) fails to meet its debt repayment obligations.

“We further noted that after four years the bank is yet to perfect its lien on the shares of Mr. Oba Otudeko in FBN Holdco which collateralized the restructured credit facilities for Honeywell Flour Mills contrary to the conditions precedent for the restructuring of the company’s credit facility,” the CBN said.

The CBN has called in Honeywell Flour Mill’s loan, and if the company is unable to pay up, Mr Otudeko may lose his shares in the bank.

On the other hand, Mr Adenuga, who owns telco Globacom and holds majority stakes in Conoil, Sterling Bank, and Julius Berger Plc, has been stepping up efforts to buy the shares pledged as security for the loan.

Insiders say Mr Adeduntan had demonstrated his willingness to oblige the CBN’s demand to perfect the collateral, a decision that may likely favour Mr Adenuga and hand him majority control of the bank.

Write Off or Restructure.

Meanwhile, PREMIUM TIMES learned there had been plans by members of First Bank’s top rank to either write off the N75 billion or restructure it to give the debtor some relief. The issue divided the lender’s management into pro-Otudeko and anti-Otudeko groups.
But those backing the one-time chairman seemed to be stronger and had pushed for the removal of Mr Adeduntan, a source said.

On April 28, Mrs Awosika announced through a statement the retirement of Mr Adeduntan from the board and the appointment of Deputy Managing Director Gbenga Shobo as the new CEO. The statement also named a number of new directors who would join the board.

Bank officials told PREMIUM TIMES that Mr Otudeko had rejected a CBN earlier position that Mr Adeduntan should not be removed. The dismissal of the latter and the new appointments to the board was executed without the knowledge of the CBN, prompting the regulator to demand an explanation.

It promptly dissolved the boards of both FBN Holdings and First Bank, naming Remi Babalola and Tunde Odukola respectively as chairmen of the boards in a move it said it took to protect minority shareholders’ and depositors’ interests. The regulator went ahead to restore Mr Adeduntan, whom he has worked with since the 2016 crisis and whose retirement is actually due this December.

“We will not allow a shareholder who feels he will not subject himself to regulatory control and authority to remain as a director of the bank,” said CBN Governor Godwin Emefiele.