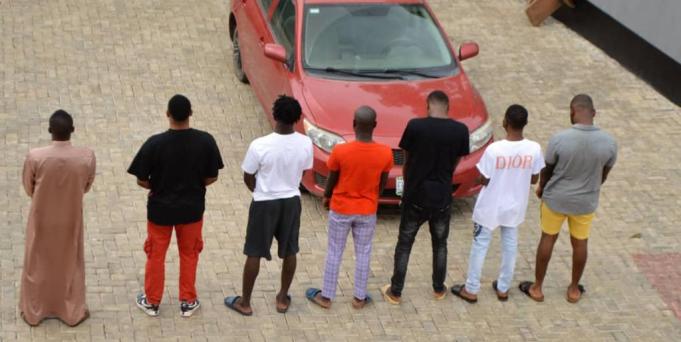 The Operatives of Economic and Financial Crimes Commission, EFCC, Ibadan zonal office on Wednesay, April 7, 2021 arrested one 31years old Lateef Adewale Adeyemi who works with a private IT firm in Osogbo for internet fraud.

The operation followed series of intelligence report linking them with alleged fraudulent activities ranging from love scam on numerous dating sites, obtaining money by false pretenses and other fraud still being investigated.

One car, phones, laptops, several incriminating documents were recovered from the suspects.

They will be charged to court as soon as investigations are concluded.