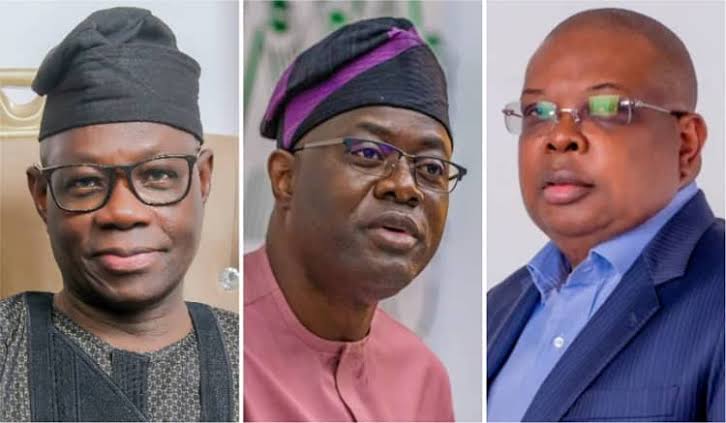 A prominent Ibadan Mogaji, Abass Oloko, has advised a former commissioner for justice and attorney general, Adebayo Mutalubi Ojo to rather join the Peoples Democratic Party, PDP, so as to be able to campaign fully for the senatorial aspiration of Joseph Tegbe than drag the name of the Olubadan, Oba Lekan Balogun into politics.

Oloko, who is the vice chairman of the Oyo State Tourism Board, was reacting to Ojo’s admonition to the Central Council of Ibadan Indigenes, CCII to insulate the association from politics and allow the body to remain neutral and non-partisan.

Ojo and Oloko, are from the same Ibadan South East local government where Tegbe also hails.
While Ojo is a chieftain of the All Progressives Congress, APC, Oloko is of the PDP.

According to Oloko, “Barrister Mutalubi Ojo is my brother, bo doubt. But I like to advise that he doesn’t go the way he is going. I am of the PDP and he is of the APC. There is no problem with him supporting Engr Tegbe but he should do it with decency. He shouldn’t bring the name of our revered Olubadan stool, CCII and Ibadan Mogajis into disrepute. These are institutions we hold in high esteem. He is free to join the PDP.

“Anybody couldn’t have met anywhere. And I want to believe it is within their right to do if they did. They have not come out to say anything. So preempting them is not too good. I know the former justice commissioner is supporting Engr Tegbe. I have no problem with that. But where I have problem is on the way he is carrying his support for Engr Tegbe.

He should give us problem by dragging those institutions in the mud. He is not a member of our PDP and I can accuse him of wanting to cause crisis between us and the Ibadan people. Barr. Ojo is free to join the PDP if he likes.

“Engr. Joseph Tegbe is a very good man. He is even one of us Mogajis. So nobody should pitch him against his the palace and CCII.
“So I like to advise him not to drag our highly revered institutions into politics. Whatever they do is within their right. I don’t want to say more than that,” he said.