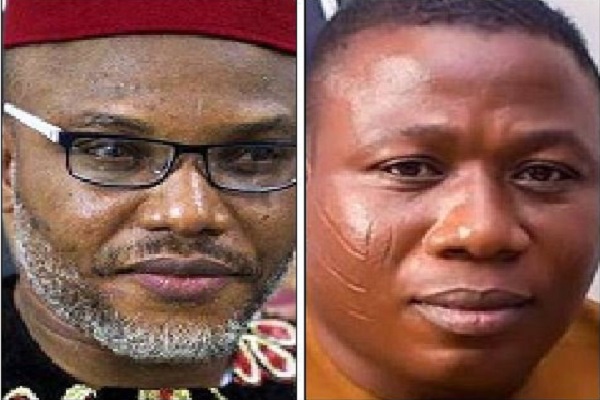 JUDGEMENT OF THE YEAR: A VERDICT LIKE NO OTHER

Agitations for self-determination are not new. They started long ago as people who speak the same language and perhaps share the same faith and boundary resolve to come together as one. Their common affinity is the sole determinant of their struggle for a common entity. The struggle is usually long and tortuous wherever this set of people seeks to quit a nation state. In some cases, the state labels them as rebels and go all out to kill their struggle. At times, the agitators too pay with their lives. Is there anything wrong in agitations for self-determination? No, says Justice Ladiran Akintola of the Ibadan High Court, in his verdict on the case of Yoruba Nation agitator Chief Sunday Adeyemo popularly known as Sunday Igboho against the Federal Government.

Nigeria was virtually drowned in the wave of such agitations in the outgoing year. Groups and people rose in some parts of the country, demanding that they be allowed to go. The agitations were pronounced in the Southwest and Southeast. That of the Southeast, however, took a different bent. The arrowhead of the campaign, Mazi Nnamdi Kanu, wanted secession. Having travelled that road between 1967 and 1970, the elders, who witnessed the three-year civil war during which a million people were killed, did not want the region to go that way again. Yet, Kanu, who is in custody facing treasonable felony trial, found support in the youths, who have been holding the region down, with a weekly sit-at-home order enforced every Monday.

Are self-determination and secession the same thing? A thin line runs through them. Self-determination is a peaceful agitation to leave a country, while secession is forceful separation from an entity. People resort to secession where they are oppressed or the government is illegitimate. This is where Kanu and Igboho are different. Igboho hit the limelight with his exploits in Igangan, a community in Oyo State, in the heat of the herders and farmers skirmishes. He took sides with the farmers to chase out herders said to be wreaking havoc on the community. Igboho, who is battling for his release from custody in Cotonou, Benin Republic, ran into trouble with the government, which saw him as an existential threat.

His home in Soka, Ibadan, the Oyo State capital, was invaded by security operatives in the wee hours of July 1. Some of his properties, including vehicles, were destroyed. One of his cats was also taken away by the security agents who believed that it was Igboho who turned into a cat! Igboho fled the country, but he was arrested in Cotonou on his way to Germany. His arrest and detention over there did not stop him from challenging the legality of the invasion of his home. He also sought the determination of the propriety of the Yoruba’s struggle for self-determination. He won on both counts. Justice Akintola declared the agitation for self-determination as legitimate.

According to him, ‘’Chief Sunday Adeyemo and his group have a right to self-determination and are free to hold their rallies as long as they are peaceful. Self-determination is one of the fundamental human rights of the citizens that cannot be subjugated’’. His finding was premised on Igboho’s request for:

A declaration that he and his Yoruba indigenous people have unquestionable and/or inalienable fundamental right to peacefully campaign and seek self-determination of Yoruba tribe in Nigeria and lobby the legislature to amend the 1999 Constitution as guaranteed by Article 20 of the African Charter on Human and Peoples Right (Ratification and Enforcement) Act, Laws of the Federation 2010, and Articles 3, 4, 7 & 18 of the United Nations Declaration on the Rights of the Indigenous People, thereby insulating campaign for self-determination from criminal culpability.

A declaration that the respondents’ resolve to prevent the applicant from propagating his belief in association with other like-minds in creating a Yoruba Nation and/or Oduduwa Republic for his Indigenous Yoruba People and hunting him with gun with a view to arresting him dead or alive when he has not called for war in achieving same is against his fundamental rights to freedom of thought, conscience and association since campaign for self-determination is recognised by law and international treaties of organisations to which Nigeria belongs.
It is a landmark decision on a vexed issue which has been threatening the fabric of society.